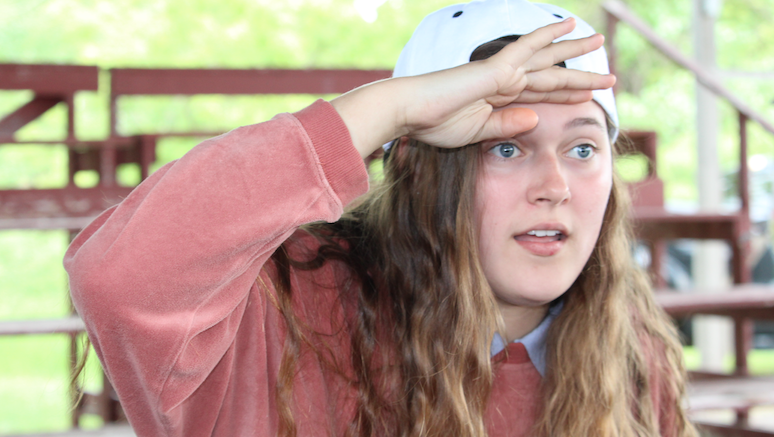 PECI makes a long awaited return to the theatre with Waiting For Godot set to be performed June 17th and 18th at the Picton Fairgrounds Cattle Pavilion.

Dramatic Arts teacher Matt Sheahan said the drama department is excited to finally have extracurriculars return and this presentation will be a memorable experience for everyone involved.

The Samuel Beckett creation is a new performance for PECI but Sheahan thinks it could be one of the best and most prolific shows the school has ever put on.

“I chose to do Waiting for Godot because the play was originally written as a response to the despair and destruction of World War II. People were questioning the meaning of life, of existence and asking themselves what is the point of life. Coming out of over two years of a global pandemic, we have been feeling the same way. We are questioning the nature of what we do and we are constantly waiting. Waiting for things to change, or to open up, or to go back to “normal. Right now is a prime time to put on this production,” Sheahan said.” In Waiting for Godot, the two main characters seem to exist for the sole purpose of waiting to meet the mysterious character, Godot.

However, Godot never shows up, so their existence begins to seem absurd, meaning they are trying to fulfill a purpose that can never be fulfilled. This is what Sheahan wants to portray in the performance.

Sheahan explained the reason PECI puts on plays would be to have some fun in the community and to portray a message that is valuable in everyday life. The message Sheahan wants to portray he says is “ that no matter when, no matter where, and no matter who you are, we need purpose. When life feels purposeless, we get stuck in a cycle that is repetitive and destructive.”

An ensemble of talented students will be starring in this play and Sheahan explained most roles have been doubled or tripled.

“The reason being to highlight how we have all been isolated but all in the same thing together…alone.”

The student actors that have roles in the play include Stacie Cotton, Christine Thornton, Miriam Epstein, Alice Graham(Pictured), Natalie Rogers, Hazel Woodyard North, Aliya Bowman, Artemus Saunders, Chance Campbell, Emilie Lewis and Charlotte Szabo. This play should have a real rejuvenation feeling to it as students, staff, families and fans all come together and finally watch a PECI produced performance for the first time in a number of years.

Sheahan thinks this Waiting for Godot will reach beyond the school atmosphere here at PECI.

“There are several themes in the play, but the one that we are really grabbing hold of is that when you are left waiting for something, or for things to change, you fill your days with things to help you pass the time. Think about this pandemic. I don’t think Tiger King would have been this huge success if people weren’t stuck at home, bored, trying to pass the time. When we are bored and frustrated, we do weird things.”

Attendees can visit PECI Productions on Facebook to reserve tickets. Payment will be accepted at the door. Shows are Friday, 6:30 p.m., Saturday 1 p.m. and 6:30 p.m.