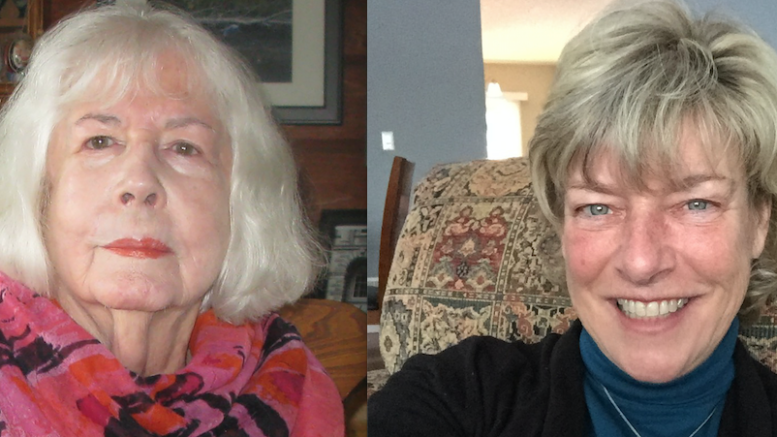 A pair of volunteers serving Prince Edward County’s community radio station have been recognized for their decades of work in Canada’s television and radiobroadcasting industries.

County 99.3 FM’s Lynn Pickering and Marie O’Neill have been awarded Lifetime Achievement honours by Canada’s  Radio Television Digital News Association (RTDNA). Toiling in County FM’s Accounts Receivable and Administration departments, O’Neill recently retired from a lengthy and storied 27 year career with CTV where she worked in the Canada AM Control Room and oversaw a number of important breaking national and international stories, helping vital news reports get to air.

Those major events include the 9/11 attack, a pair of Royal Weddings and the Parliament Hill Shooting of Corporal Nathan Cirillo.

“Marie O’Neill has been a fantastic volunteer at 99.3 County FM helping with a variety of areas in admin and is deeply appreciated,” County FM General Manager Craig Mills said. “We are very happy for Marie and receiving her lifetime achievement award for her decades of service with CTV.”

While CTV took the lead in nominating O’Neill, the local community organization nominated Pickering, the inspiration and driving force behind the station’s Grapevine flagship news program heard every day at noon and replayed every evening at 6 p.m.

Prior to un-retiring in 2014 to help the upstart CJPE launch, Pickering held copy writing, creative and producing roles at Montreal and Toronto radio stations before settling into a news programming role at CFRB.

One of Pickering’s final and most renowned roles on the airwaves of the Big Smoke was the creation of the program Stranded where well known Canadians were asked to select the one book, movie, music and food item they would take with them if they were stranded at a location of their choice. Guests included Mary Walsh, Preston Manning, Sonja Smits, Jann Arden, Peter Mansbridge, among others.

Mills said there was a desire by the County FM builders to have a unique and powerful talk program that would inform, entertain and enlighten local listeners and Pickering had the high level of expertise to “pull it off.”

The GM added many of the voices heard on the Grapevine had no experience prior to opening the mic and hosting an hour long news show.

“She’s had a hand in training and developing those voices and County FM are  so appreciative of her level of expertise, her helpfulness and her educated, skilled workmanship and ensures that we all do our best every time,” he added.

The station also recently announced thanks to a last minute anonymous donor, the 2022 Radiothon fundraising event has exceeded its $60,300 goal.

Mills said part of the funding will allow the station to purchase and install new sound booths sourced from Europe.

“They are like a giant IKEA project,” Mills quipped.