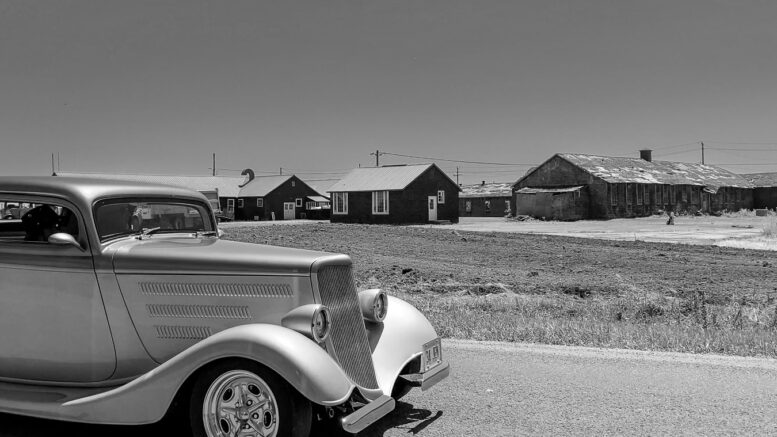 I feel like that old farmer in the movie “Babe” who raised a pig to win the sheep-dog competition. After all these years, they thought I was crazy, preaching to photography clubs that smart phones are serious tools of the trade. I showed them sharp close-ups of blossoms and dragonfly eyes taken with my phone, dramatic storm clouds over the lake, and candid captures of human characters on the city streets and in the backcountry. But everyone knows you need a good camera to be a good photographer, right? Wrong!

The camera manufacturers have convinced photographers that you need their bulky, expensive DSLRs and a case full of costly lenses. But I’ve been trying to ween photographers off of their equipment fetishes. 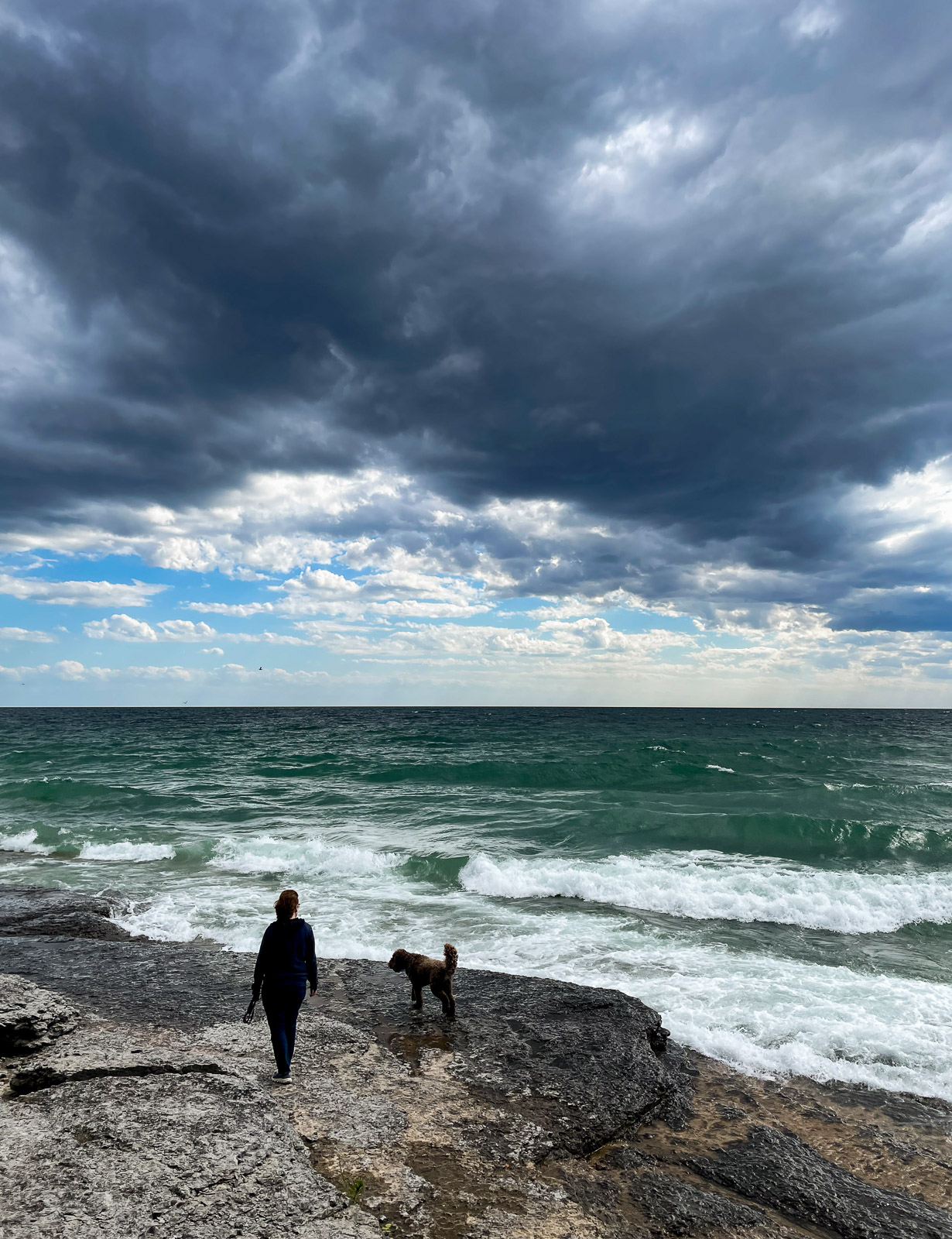 Now, as if to validate my blasphemous gospel, studio photographers are using phones professionally for portraiture and real estate shoots. Big screen movies are being shot with phones. And, the proof in the pudding, National Geographic Magazine is publishing smart phone photos taken by their photojournalists on assignment around the world, like David Guttenfelder who revealed that much of his published work from war zones was snapped with his phone. Guttenfelder was also an early adopter of Instagram when his colleagues thought social media was just a game, expanding his viewers to over a million.
I teach amateurs and pros how to take magazine-caliber photos with their small devices. That’s all I carried on my 90-day bicycle-camping trip across the US, an iPhone and a pocket camera. No DSLR. All of my equipment fit into my front pack where it was immediately available when I saw something.
The prime advantage of the phone is having it with you at all times, when you need it, as well as being inconspicuous. No one cares if you snap a photo with a phone; but when you carry a backpack and a big camera and lens, they get suspicious or don’t act naturally.
Capturing strangers with a candid camera is so much easier now that you can just pull up your phone while talking to them and click a few frames or start a video which they usually ignore. Video is a sneaky way of getting a good still photo. The 4K movie quality is so good you can pause the motion wherever you want and capture a computer screen image that looks flawless on a web page or in newsprint.
Originally, I had doubts about a phone’s image quality but my iPhone 12 blows me away with its capabilities, especially handheld night photos and modes like “Portrait” for depth of field and “Live” for a 3-second video.
The advantage of the pocket camera over the phone is the longer focal length (telephoto) lens and larger sensor for better quality low light photos. And you can put a small camera anywhere, just reach down for a worm’s eye view of a wildflower without getting down on my belly for a low angle shot with dirt and ticks.
Overhead shots are also possible with a swivel screen. You can see what you’re shooting with the camera raised over a fence. You can also attach a compact camera or phone to a selfie stick to peer through the upstairs window of an abandoned building. And the tiny lens can squeeze through openings in a barricade.

I like to ponder what the future holds for pocket cameras. We already have auto-exposure and High Dynamic Range and pixel sharpening and noise reduction in post-processing. It’s Artificial Intelligence with a robot that knows what you want, and automated focus-stacking, so everything is in focus and you choose the blur you want later. Resolution is ever-increasing allowing you to shoot wide angle and zoom in closer by cropping with software, or with hardware, 4 lenses on a phone for optical wide-to-telephoto. 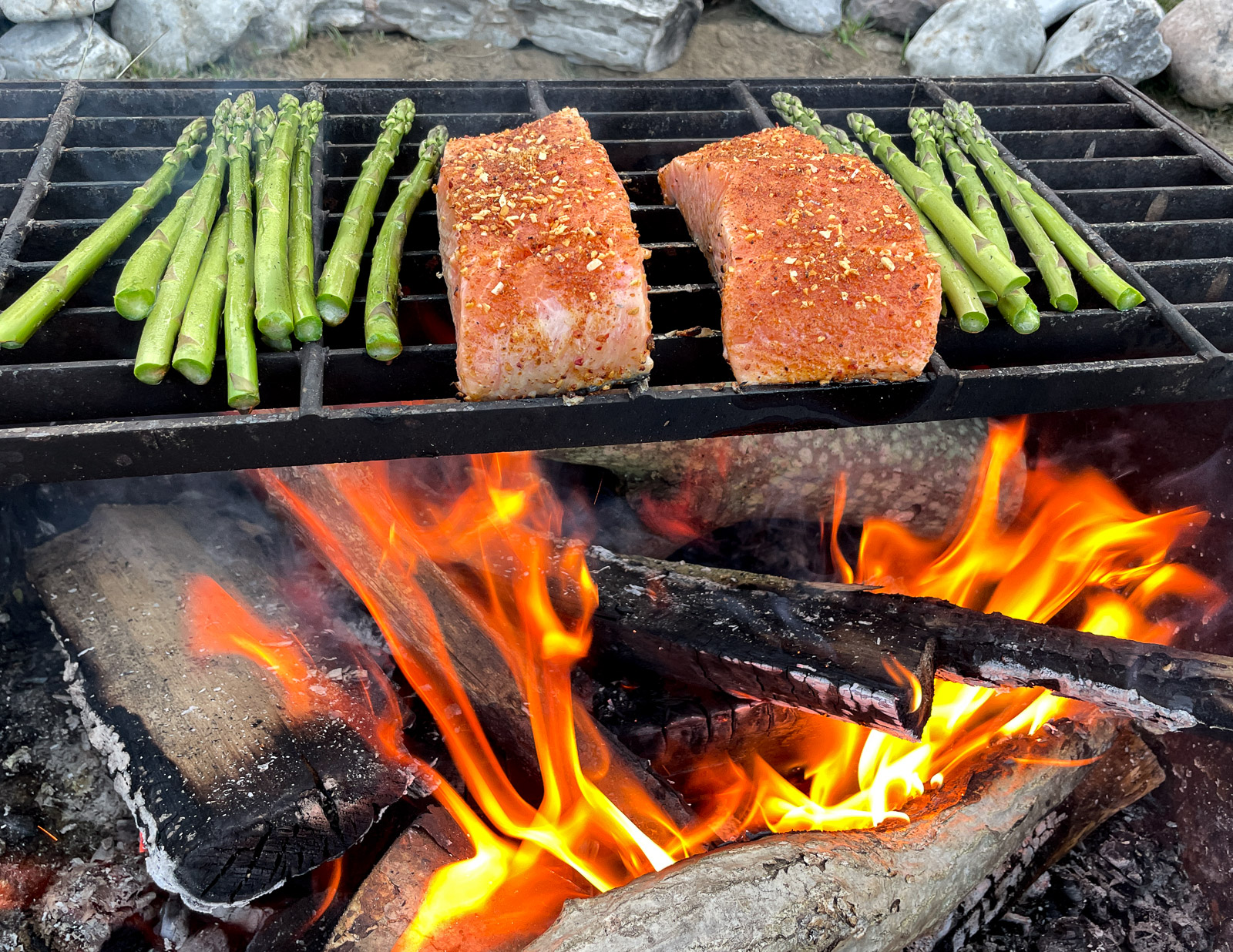 I’m designing a smart phone photography workshop for an office staff team-building event. Of course we will explore these technical aspects of the device but it’s not that complicated. Most important is to think about what story you have to tell in pictures and think about what makes a great photo in PEC.
Keep your eyes on the sky through midsummer as the weather alters between foggy mornings, sunny days and lightning storms. Try making a video pointed at the flashes in the clouds then screen-capture a frame with a lightning bolt. The hard part might be maintaining the focus on infinity. Just keep touching the screen at the edge of the treetops.
Going small is not a new trend. Even as a teenager in the 1970s I dreamed of getting a tiny Petri 35 mm. In 1999 my first digital camera, a Nikon Coolpix, taught me the value of small and simple and, carrying it with me at all times. Originally that got me in trouble when I pulled it out for an impromptu picture. People wondered why I would want to photograph an everyday scene. Some even reprimanded me, like the photocopy repair man working behind the librarians I posed at the counter. The photojournalist’s rule: “Shoot first, ask permission later.”
Scenes of everyday life will be even more interesting 50 years from now. That’s something you learn by looking at old photos from the last century and wish you had taken more street scenes back then.
Of course the other new phenomenon with point-and-shoot phones and social media on the internet is what I call point-and-pose, aka selfies. Self-portraits were already a thing back in the film days. Cameras had mechanical timers that gave you a few seconds to run into the picture. Or you could hook up a long cable release to click when your expression was just right. But until the Internet became widespread and social media took off, like Facebook in 2006 and then SnapChat, there was no reason to take them, except for vanity.

There’s an Instagram page called “Photographers Photographed” that often shows great master portraitists as their own subjects. On my solo adventure travels by bicycle, canoe and cross-country ski, I set up selfies to place a human figure into the nature scene. Since I don’t carry a tripod I have to hang the camera neck strap on a branch or wedge it into a fork of the tree trunk. Rocks and fences are perfect unless snow-covered. 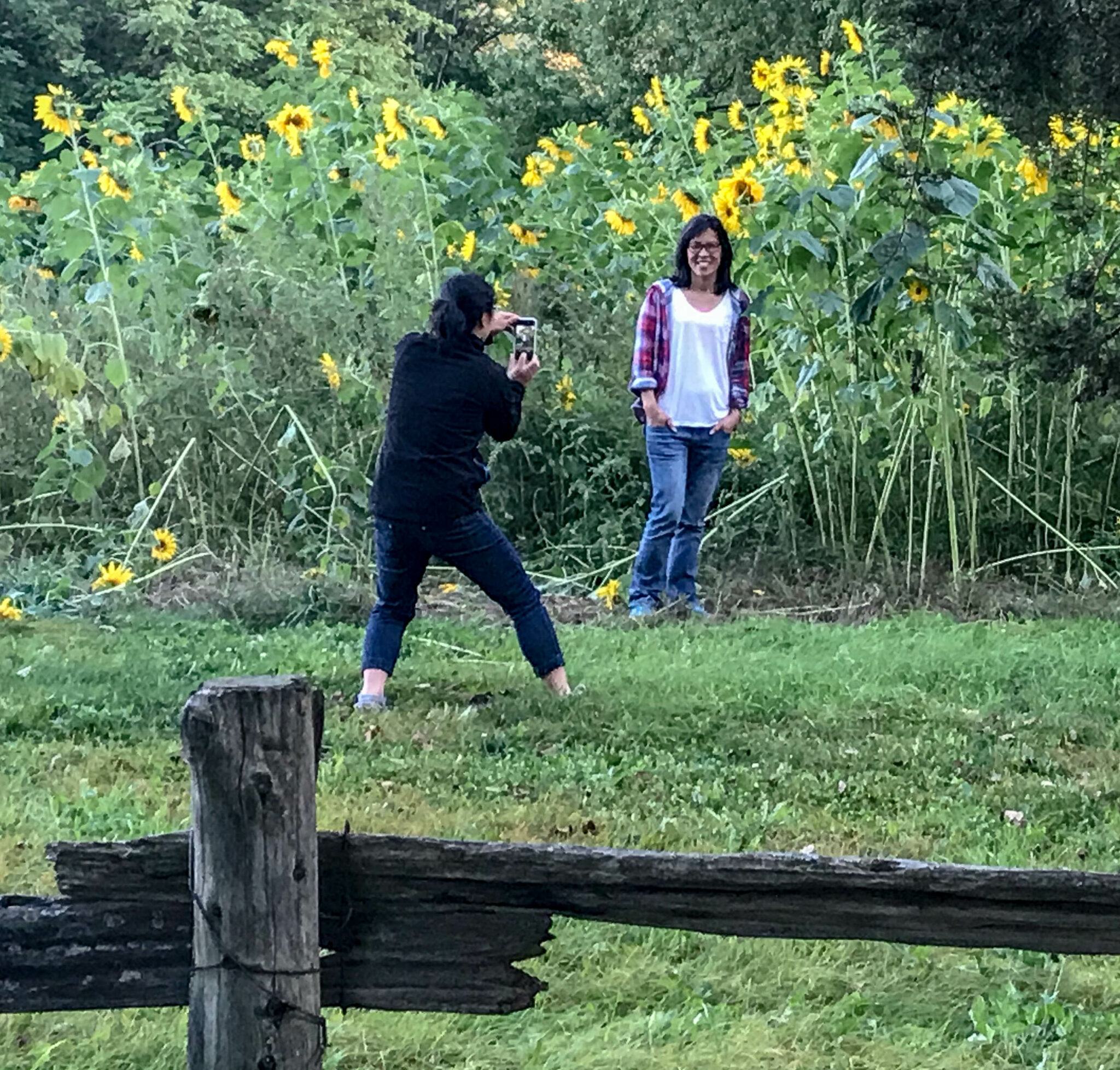 In the fine art world, “self-painting” and “autobiographies” are the terms referring to selfies. Rembrandt did it, Van Gogh did it (everyone has seen his selfie with hat), and Picasso did it, distorting his own face. Now we all do it. To quote Cole Porter’s lyrics: “birds do it, bees do it. Even educated fleas do it.”
But they still haven’t gotten the ergonomics perfected. How are you supposed to hold a phone with a thumb and a finger and take the picture with another finger? I know there are little handles you can paste on the back but that defeats the slim pocket fit.
Phones and small cameras have transformed the look of the photographer in action. The 21st century standard is a digital screen on the back of the device held forward at arms length. This position harkens back to cameras of the 19th century which were held at chest level, pointing forward as the photographer looked down. Today’s photographic establishment would probably say you look cooler holding the lens with your left hand and the trigger finger on the right-side shutter button while squinting with one eye through the viewfinder.
What’s nice about phonography, or is it phonetography, iPhoneography, or as Siri autocorrects it, “phone tall Griffey”, is, unlike film, you can snap photos of everything without additional cost. Besides pets and food and cute little babies, you can also use it for practical purposes like inspecting plumbing under the floor boards, trailhead maps in case you get lost, and the label of a good table wine that you might want to buy later. Some day these practical everyday scenes will be displayed in a museum, maybe on another planet, as 2022 Earth art.
I attended a workshop with National Geographic veteran Jim Richardson. Like me and the other old timers of the craft, he started out with black and white roll film and darkroom printing. Like me, he started out shooting for local newspapers. Unlike me, he works for the world’s most prestigious publication!
Over the past 20 years we old guys have had to evolve through countless versions of film scanners, digital cameras, computers and photo editing software. We’re hanging on to this wild rollercoaster, hurtling into the future past cellular phones and apps and who knows what’s next through the tunnel and around the bend!
Go to www.countyphotographer.com to post your own smart phone and pocket camera scenes and find tips on how to explore The County with a camera.
SHARE TWEET PIN SHARE