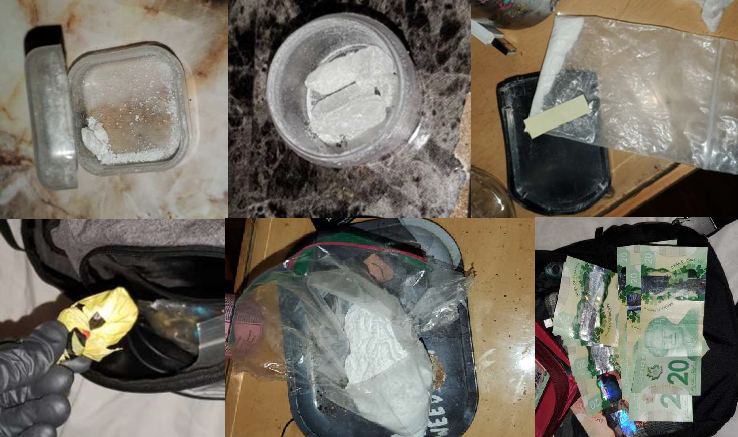 On July 13, 2022, at approximately 6:30 a.m., the OPP Community Street Crime Unit (CSCU), assisted by the OPP Emergency Response Team (ERT) executed a search warrant of an apartment unit on Picton Main Street. As a result, three people were arrested and a quantity of suspected methamphetamine, cocaine, along with cash and drug paraphernalia consistent with drug trafficking were seized.

Brealynne Marshall, 27, Jody O’Brien, 35, and Matthew Vaughan, 25, all from Prince Edward County, have been charged with two counts of possession of a schedule I substance for the purpose of trafficking.

Additionally, O’Brien was charged with failure to comply with a release order – other than to attend court.

• In other OPP news:

On July 15, 2022, at approximately 12:30 a.m., the Prince Edward County OPP responded to a report of a motor vehicle collision on County Road 14, just west of Doxsee Road.

Responding officers observed a male walking south of the collision with visible injuries.

When questioned, the male fled on foot and was apprehended moments later. The accused was arrested for impaired driving and was transported to the Prince Edward County Detachment for further testing where their blood alcohol levels were determined to be above the legal limit.

Nicholas Carroll, 37,  from Prince Edward County has been charged with the following offences:

·        Failure to comply with release order – other than to attend court

The accused was held in custody and is scheduled to appear for bail at the Ontario Court of Justice in Belleville on July 15, 2022. Their license was suspended for 90 days and the vehicle was impounded for seven days.