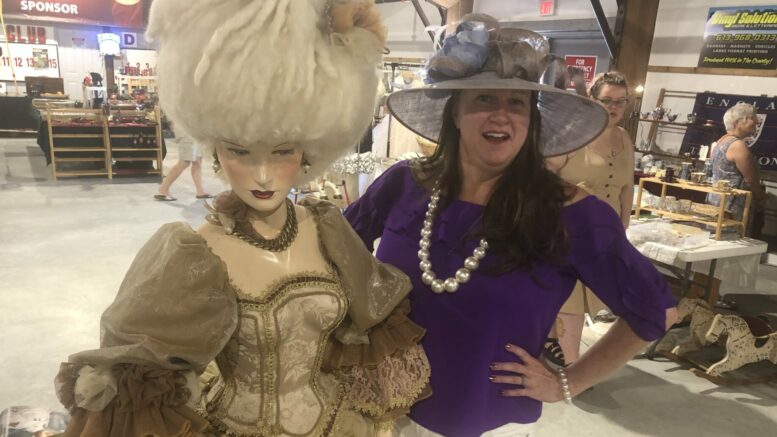 DeJa Vu Boutique's Kimberly MacDonald with "Josephine" who is adorned in an authentic vintage piece of clothing. (Jason Parks/Gazette Staff)

What was old became new again at the Picton Curling Club as the local curling association returned with it’s annual antique show and sale earlier this month.

Upwards of  20 exhibitors were at the club with everything from vintage wear to coins and collectables to Tiffany and other items dating back to the 1870’s.

Despite construction work at the corner of Main and Bridge St. and a Canada-wide cell network outage on the opening day of the show, manager Kevin Bazkur said the 2022 edition was actually up in attendance over the last time the show was held in 2019.

“The dealers and customers were so happy to be back at the show,” Bazkur told the Gazette. “They missed it and they missed seeing there friends and favourite dealers at the show. The show has a good vibe as The Curling Club makes everyone feel welcome.” 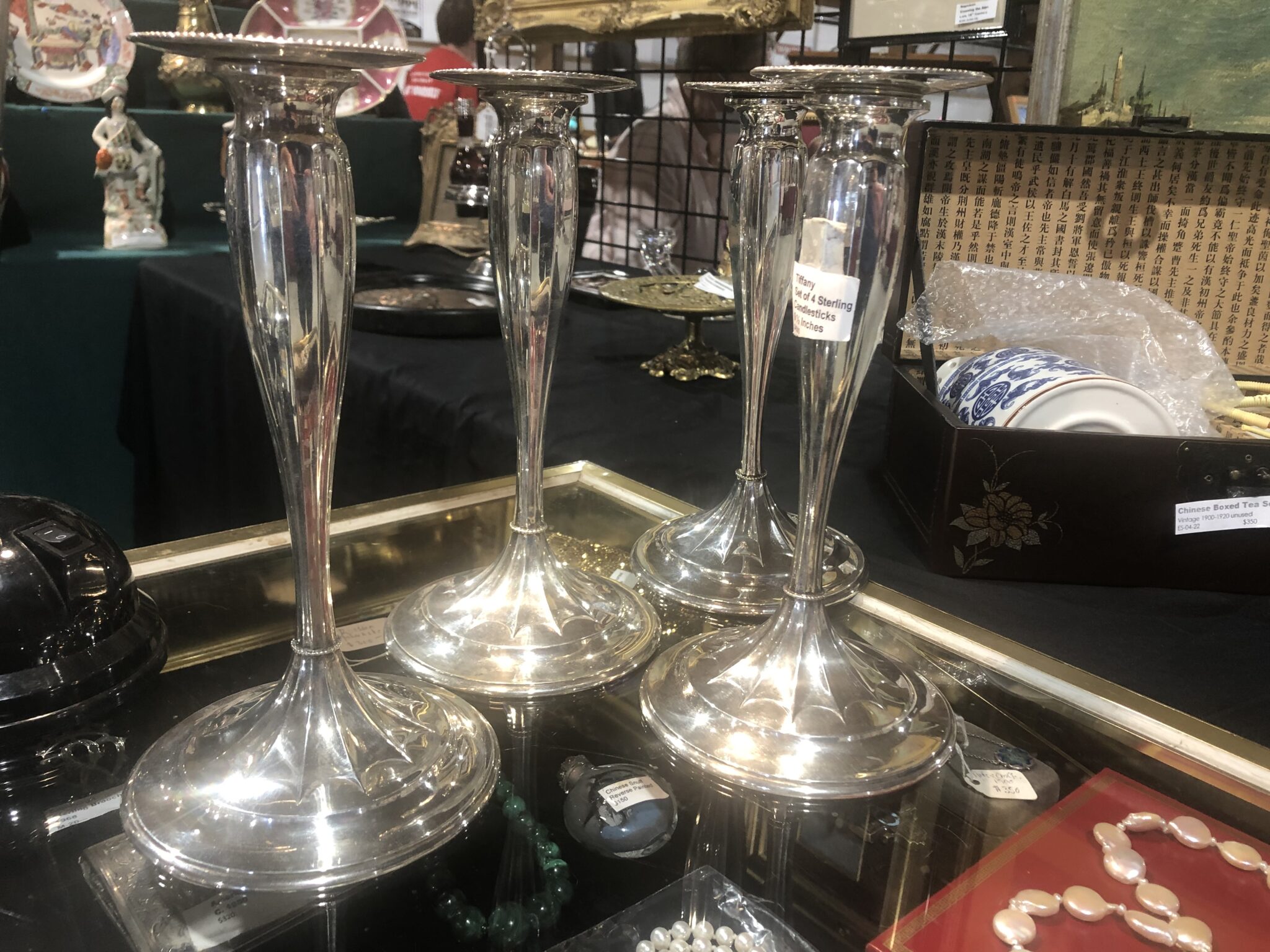 As Show Manager, Bazkur said he tries to attract some new dealers while keeping a number of the long-time dealers as mainstays and believes this creates a popular mix for attendees.

He noted some customers were at the show all three days as the show offered free readmission with an entrance ticket.

“It was nice to see several children at the show this year and they really took to items such as comics, Pez and toy cars.

“People were at the show from Quebec, Belleville, Orono, Toronto, Whitby, Port Hope etc. When greeting visitors at the admission table I always ask where they are visiting from and if they collect anything in particular,” he added.

One of the first-time exhibitors was Kimberly MacDonald who brought materials from her Belleville shop called Kimberley’s DeJa Vu Boutique and expressed her love for the ambiance of the weekend show.

“This is a first time for me and generally don’t do a lot of vintage but this had been amazing. People are really receptive and interested in what we are offering,” MacDonald said.

MacDonald said shoes, purses and jewellery are the hot ticket items because accessories can fit everyone. Meanwhile, vintage and early period clothing are more of a niche market- “It’s not really made for the women of today,” MacDonald said with a laugh, adding she plans to come back to next year’s show.

“As a business, COVID has been really rough and I had to make some hard choices after 17 years if I was going to continue but we made it through with government programs geared to small businesses and now people are coming back. It’s almost back to normal and things are opening up,” she said.