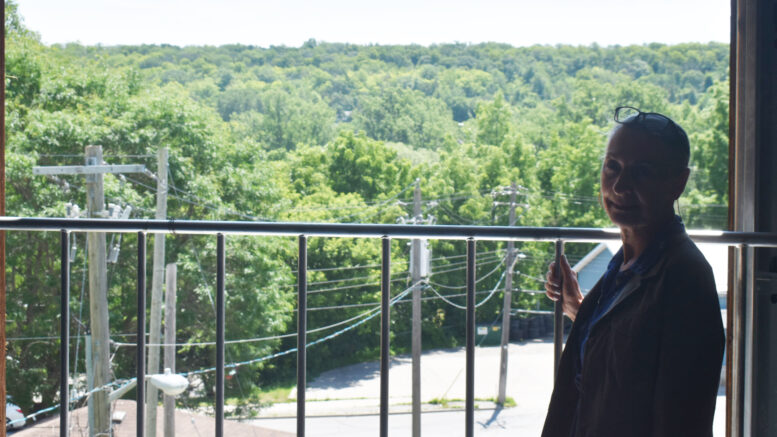 The transformation of the Picton Library expansion that will juxtapose the original Andrew Carnegie building fronting on Main Street with a new, bright, fresh and open concept over looking Mary Street and Delhi area is coming to a close.

County of Prince Edward Head Librarian Barbara Sweet gave the Gazette a brief tour of the expansion Saturday as the hive of activity on throughout the week had dwindled to a dull buzz.

Looking upon the new Children’s Area with new washrooms, a place for the circulation desk, new offices and study rooms and a new Internet cafe, it doesn’t take a very vivid imagination to envision how dynamic Picton’s library will look once the final touches are put on the space. 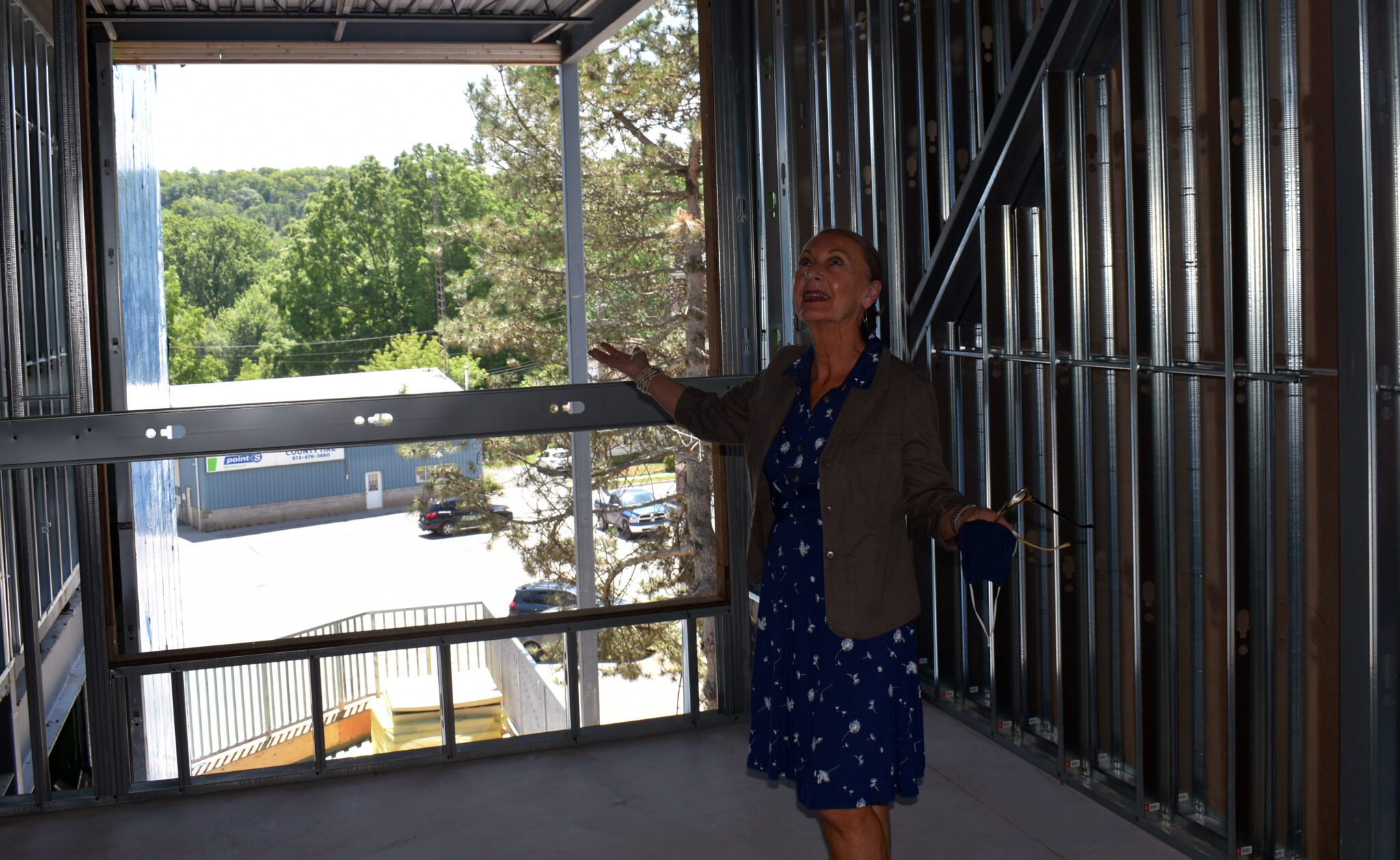 Sweet noted the eastern laneway running between the library the Regent Theatre would no longer be a driveway but a walkway with, perhaps, out door tables for summer time browsing at the cafe accented with a walking garden.

On the bottom floor of the project, there’s the flex space with a wide garage-like door that can open onto the landscaped area and provide a nice outdoor view for things such as yoga classes or community meetings. The space also features a kitchenette.

In total, the new expansion will feature seven washrooms and offer a great improvement on the previous array of facilities. Increased office space and new study rooms are taking shape. Meanwhile, the view over Mary Street and the sight of the greenery of Delhi and southern portion of Picton from the rear of the building will be an attractive feature.

“We didn’t really give much thought to the view initially but this view and vantage point is really one of the more spectacular parts of the expansion,” the County of Prince Edward’s Head Librarian said. “The other aspect that makes this such a unique expansion is the juxtapose of the classic look Carnegie-era library and the modern look of the new expansion.”

Sweet noted less than half a per cent of the cost of the expansion or $129,220 is still left to be raised. Thankfully, the project was locked in in terms of costing and materials prior to the COVID-19 pandemic when inflationary hikes started to impact over the construction industry.

Sweet again thanked the community for supporting the expansion. So far, $1.2 Million of the $2.6 million cost of the project has been covered through fundraising and donations. That figure does not include bequests, grants or pledges to be realized.

“The way this community has supported this effort is just tremendous. We’re hopeful for a late fall ribbon cutting and grand opening,” Sweet added. “Then, after some period of time, we will start looking at making some infrastructure improvements to the original library.”