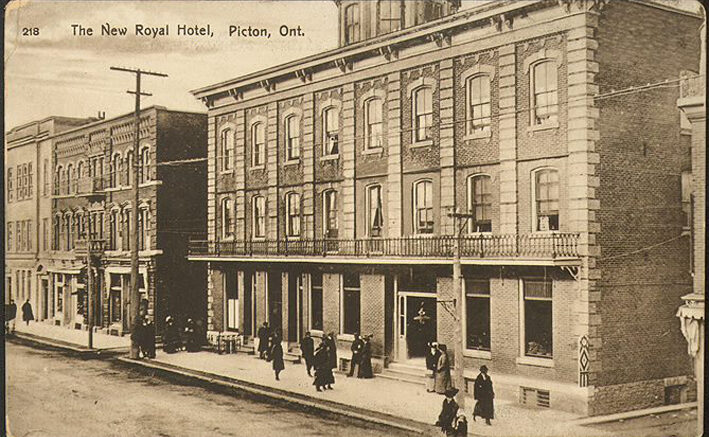 One of Prince Edward County’s preeminent historians is offering a summer walking tour that promises to delve deep into the hidden history of this community.

Whether you are a long time local resident, a new arrival or a visitor looking to experience the County of yesteryear, Peter Lockyer’s Four Summer Walking Tours are equal parts entertainment and enlightenment.

“This summer we are taking a journey back in time to the era when dinosaurs roamed Prince Edward County… maybe not quite that far back. We’re talking about the period when descendants of those people not eaten by dinosaurs, roamed the area way before cell phone plans, take out, pizza, and Uber,” Lockyer said with a laugh.

This year several local heritage organizations – Base31, Glenwood Cemetery, History Lives Here Inc., and Macaulay Heritage Park – have teamed up to offer four distinct walking tours of the Picton area for visitors and residents. Led by experienced guides, these 90-minute tours showcase the rich past of the County.

On Friday nights the Graveyard and Gallows tour takes visitors through the small 1820s cemetery at Macaulay Heritage Park -one of the County’s five municipal museums- to the family gravesite of Reverend William Macaulay, a titan of his times, and the man responsible for the naming of the town of Picton.

“If you have complaints, blame this on him,” Lockyer said. “The tour concludes with a visit to the jail cells and gallows at the Picton courthouse, the site of an infamous double hanging of two local men in June 1884. 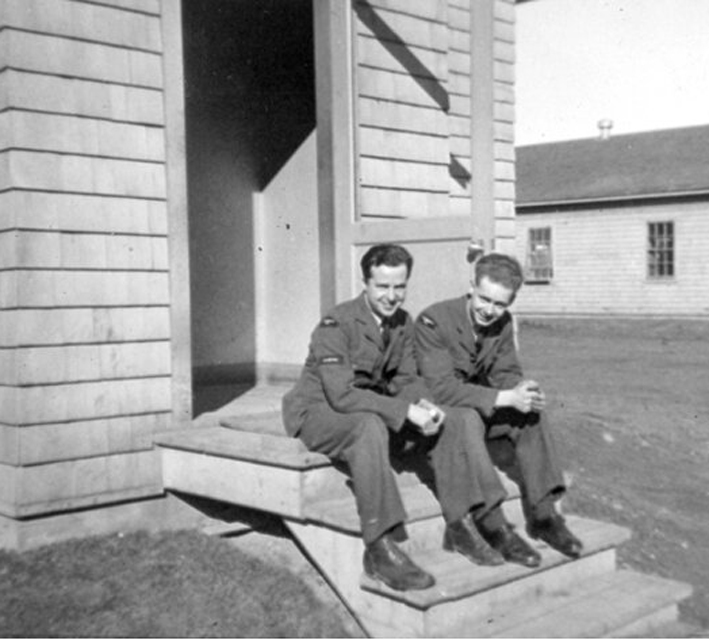 A scene of camaraderie at No. 31 Bombing and Gunnery School. (Vintagewings.ca)

On Saturday mornings, a tour of Picton’s Heritage Conservation District is offered. The tour starts at the County of Prince Edward’s Picton Library branch built in the early 1900s with funding from wealthy U.S. industrialist Andrew Carnegie. While Carnegie-era libraries are still standing all over North America, embracing the notion of was not a popular decision at the time.

“Fortunately, we got over the heated controversy of accepting “blood money” from Carnegie, earned from his railway and steel businesses, and built another of the 150 or so libraries he funded in Canada,” Lockyer noted.

Fires and demolitions over the decades have taken their toll on Picton’s Main Street but much of the early architecture remains including some of the town’s once rollicking taverns and hotels.

“There is less rollicking today than in years past as the County is an older demographic. But we can still reminisce.”

Base31, the former Camp Picton, hosts tours of this military site on Saturdays from 2-3:30 beginning at their visitor centre. A 70 – acre site of hangars, barracks and mess halls, the base was originally constructed as British Commonwealth Air Training Plan facility prior to the Second World War, and once brought airmen from many allied countries to train as pilots.

After World War II, the base still served Canadian military interests during the Korean and Cold War periods. Lockyer noted the service men stationed at Camp Picton also contributed greatly to the rollicking at taverns on Picton’s Main Street.

For quiet Sunday mornings, tours of the County’s ‘City of the Dead’ run from 10-1130 a.m. and begin at the restored chapel at the Glenwood Cemetery.

Opened in 1873, Glenwood is the final resting place of temperance pioneer Letitia Youmans who was not a big fan of rollicking, and fought a long, hard fight in the mid-1800s to stop it. She wasn’t that successful. It’s also home to canning pioneer Wellington Boulter, the man known as the Father of the canning industry in Canada. If you like cans…of anything… this is for you.

“We should mention Glenwood is also believed to be the burial site for one of the men we hanged in 1884,” Lockyer added.

Tickets are $25 for adults, $15 for under-16s, and $60 for a family of two adults, and up to three under-16s. Be sure to tell us who are the adults and who are the kids as it is sometimes hard for guides to discern.

You can find out more by visiting base31.ca. Tours continue through the Labour Day weekend.