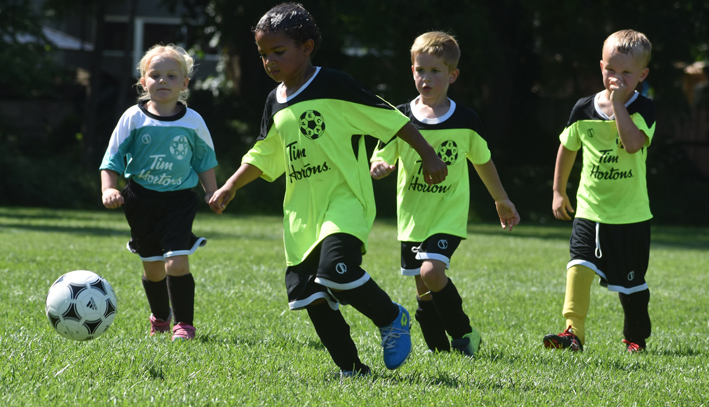 (Emma Crockett for the Gazette)

The freezies and water bottles were in high demand this weekend as the Prince Edward County Soccer Association finished up its 2022 house league schedule with the Gary Parks Festival named in honour of the long time PECSA organizer volunteer. 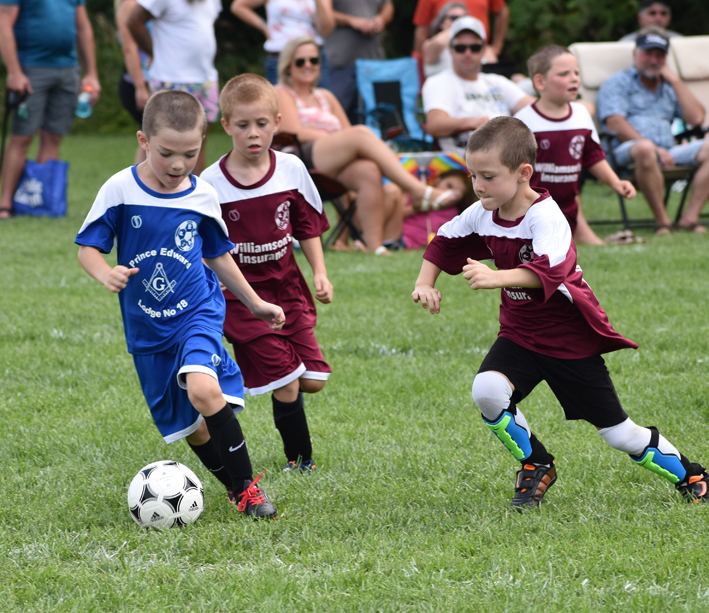 Soccer and sweltering heat may not always be the best combination but after COVID-induced years of summer inactivity, the youngest players in the Tim Horton’s timbit U5 program to those getting their last kicks in at the U18 level were up for a year-end send off.

“It was hot but still a great way to finish up our first season back from interruption due to COVID,” PECSA Communication Coordinator Kendra Wolcott said. “The smiles on the player’s faces made it all worth it.” At the U14 division, Both Final Touch (Red) and Evan’s Lumber (White) came into their final game with two wins a piece. In a thrilling head-to-head match up, Final Touch was the overall division leader. On Friday night, the U18 teams put on a show.

“This season we only had enough U18 players for two teams,” Wolcott said. “The executive got creative to try and come up with a fun way to keep the U18 season interesting. Four team rosters were created out of the U18 registrants, with each player technically being on two different teams.”

Coach Justin Scanlon was this year’s recipient of The Scott Wentworth Coaching Award of Excellence.

“Coach Justin did double duty this season coaching both the U9 Kingfisher Financial and U7 Parksvue Farms teams,” Wolcott added. “Justin received glowing reviews in his nominations, for his exceptional coaching skills and his ability to ensure that his players have fun.”

This year PECSA decided to introduce an award for an outstanding referee. Brennan Vincent is the inaugural recipient of The Ron Stakes Excellence in Refereeing award.

“Brennan has been reffing with PECSA for a number of years now. We are so thankful that he chose to return to reffing for PECSA after our two year hiatus. Brennan opted to level up his certifications this season which enabled him to ref our rep games,” she said. PECSA will be hosting a special general meeting August 22 at the Picton Town Hall. For more info, visit pecsa.ca . 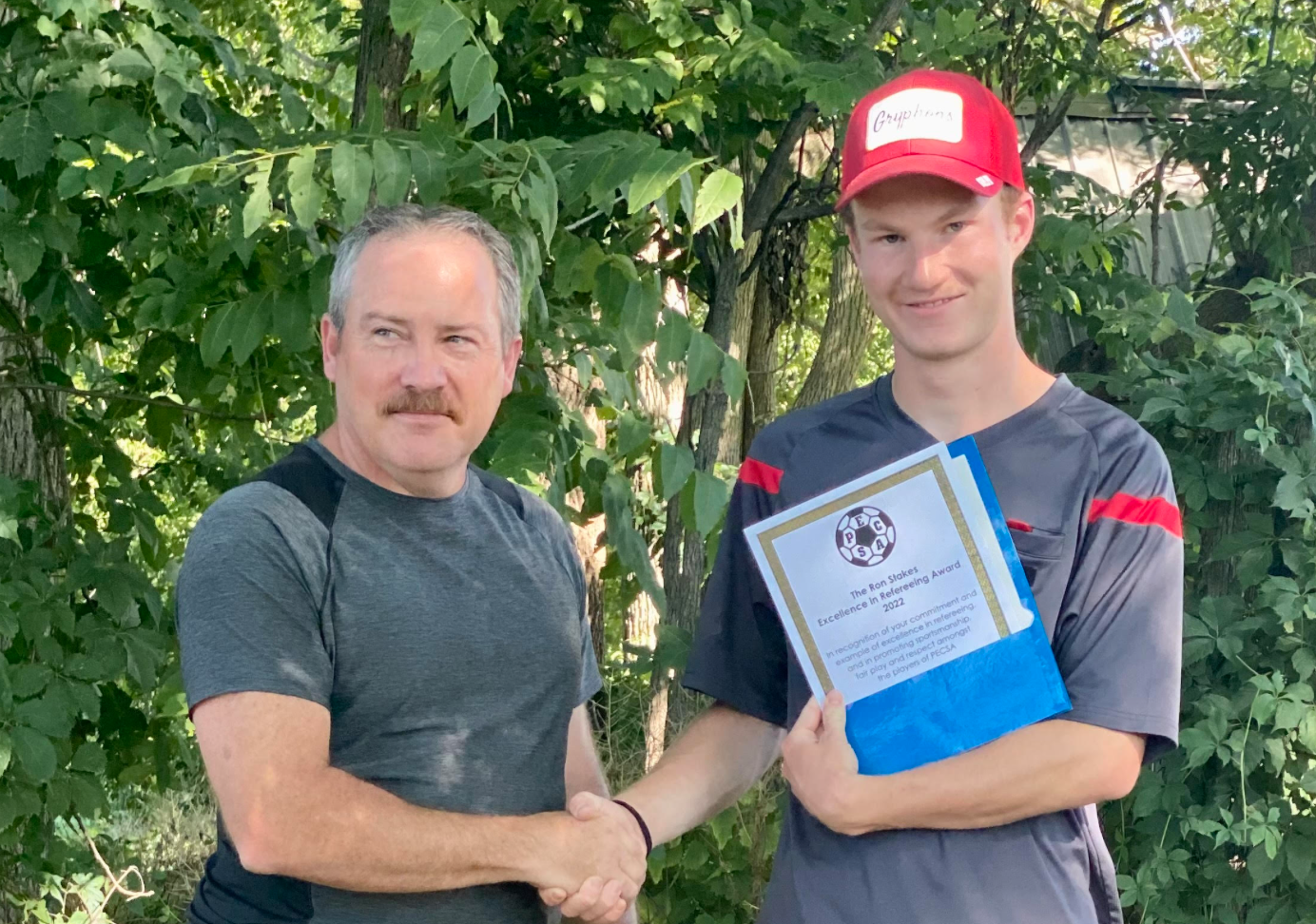 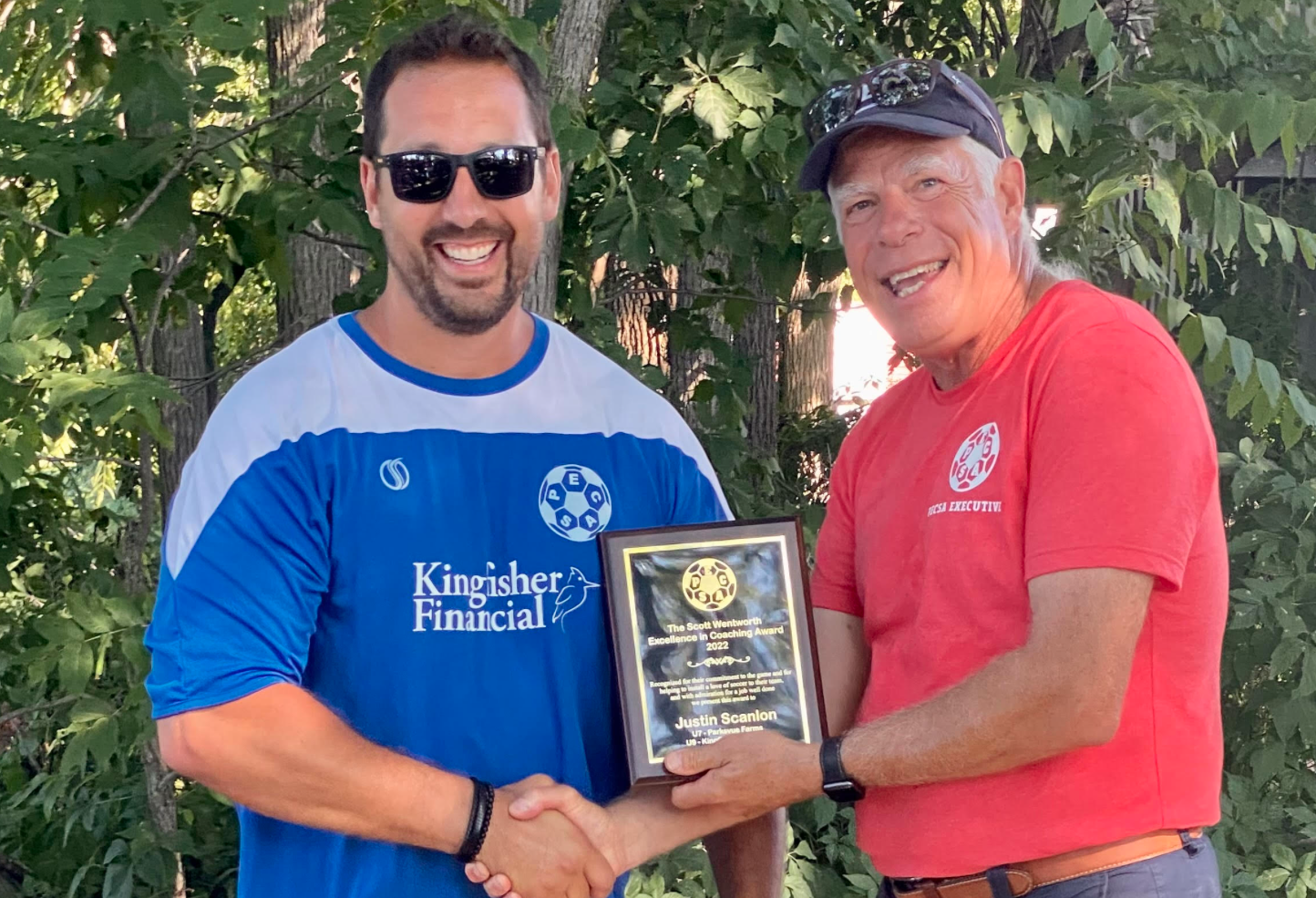