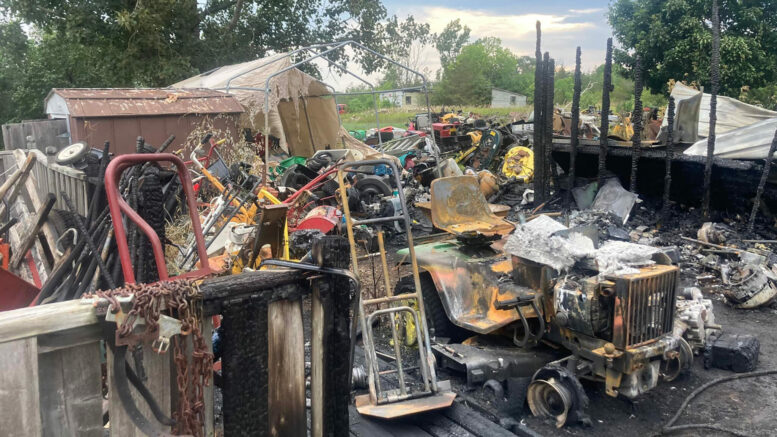 Local firefighters were called to a blaze at a small engine repair shop in western Sophiasburgh last week. 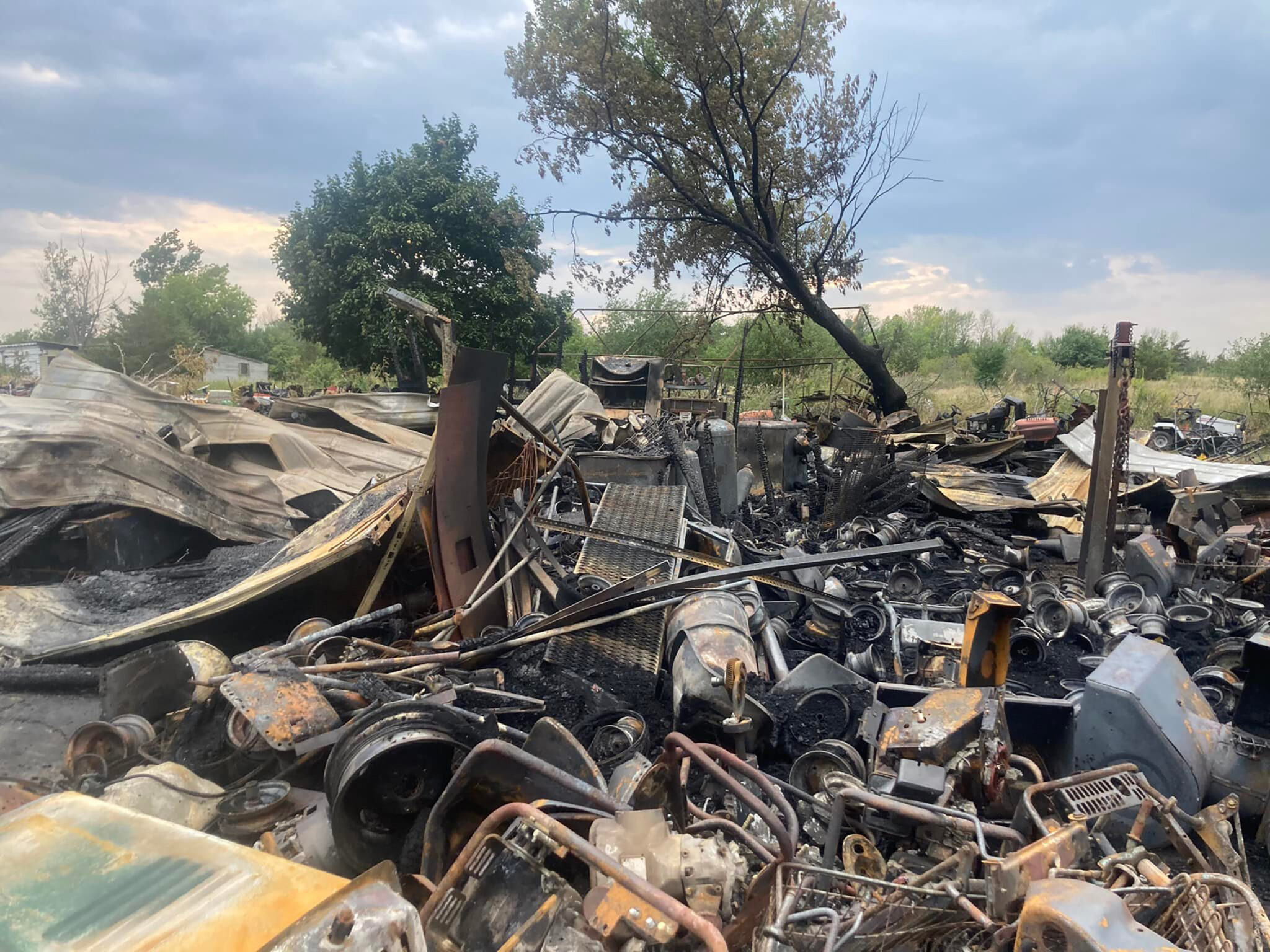 Five stations reported to the incident at D.R. Mechanical Small Engine Repair & Sale on Burr Road near Crofton and had the fire under control within 20 minutes.

“Fire personnel reported the fire under control within 20 minutes and remained on scene for two hours. Fire damages were contained to a garage and storage structure. Although the garage and several pieces of equipment were lost to the fire a house within close proximity to the garage was saved,” said County of Prince Edward Fire and Rescue Chief Chad Brown.

Estimated dollar loss of the structures is $100,000 plus contents.

“D.R. Mechanical will be closed until further notice,” stated Don Reid, owner of D.R. Mechanical on his company’s facebook page. “Our shop has suffered a total loss,  I will need a few days to figure out what my future will be. No persons or animals were harmed, all customers that had equipment here will be contacted.”