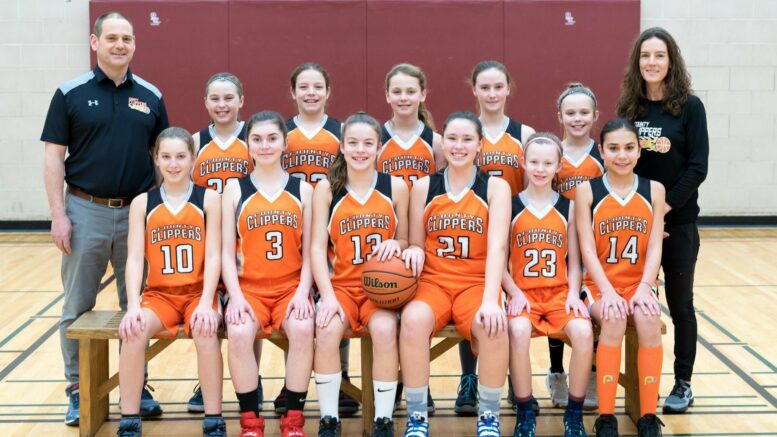 The 2020 U14 County Clippers were one of the last active local teams prior to the onset of the COVID-19 pandemic. (Submitted Photo)

The County Clippers are making their long awaited return to the court this fall with a handful of youth rep basketball teams expected to compete in the Ontario Basketball League.

“The Rep Basketball Program offers opportunities to players who wish to take their game to a higher level. The focus of the rep program will be on skill and team development,” said Clippers President Rob Garden. “It will consist of weekly practices and participation in a number of Ontario Basketball sponsored tournaments and Clipper teams will play approximately 20 – 30 games each season.”

Teams also practice one to two times per week during the season and Garden noted the organization encourages multi-sport athletes.

Tyler Maracle will coach the U10 boys entry while Eli Carlone will lead the U12 Clippers (under 12 as of Jan 1, 2023) and Jamie McCourt will be the skipper of the U14 Clippers.

Before tryouts, the Clippers will be offering “Prep-For-Rep” sessions at PECI for all interested players. They are a chance for any player to get on the court in a non-evaluative format before tryouts.

Tryouts will be held at PECI: