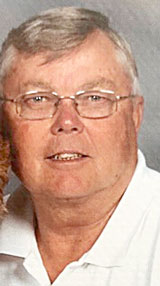 MAURSTAD, Gary Allan
July 28, 1945 – August 14, 2022
It is with great sadness that we announce the sudden passing of Gary at the age of 77 at Prince Edward County Memorial Hospital on Monday, August 14th. He was married to the love of his life, Shirley Maurstad (O’Brady) in 1970. They would have celebrated their 52nd Anniversary on August 15th. Gary is survived by his wife Shirley, son Garrett (Laura), daughter Tamara (Kenny), older brother Jim (Marianne), grandchildren Isaiah and Mikayla (Wes). Gary served in the RCAF as a military policeman for 32 years. After that he could be found on any golf course as he was known to be an avid golfer. Visitation will be held at the Ainsworth Funeral Home, 288 Noxon Avenue, Wellington on Thursday August 18th from 6-8pm with a celebration of life to be held at a later date. Online condolences may be shared at www.ainsworthfuneralhome.com If desired, donations to the Prince Edward County Memorial Hospital Foundation “Back the Build” or the Canadian Cancer Society would be appreciated by the family.