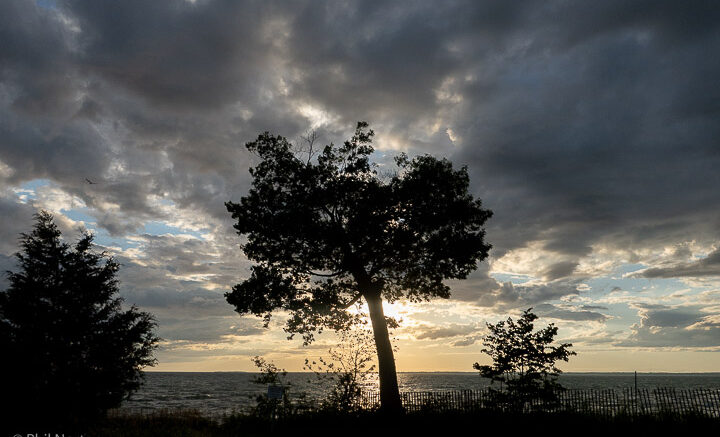 With the world literally burning up, droughts, forest fires and thousands dead from the heat in July, shade has become a “hot“ commodity.

It first struck me in a real way during my 2021 bicycling journey from Canada to Mexico in late summer and fall. Temperatures averaged 30°C when I was traversing Vermont mountain range. Pushing my heavy-laden packed bicycle up steep grades I switched from side to side of the road wherever trees would shield me from the direct noon sun.

As I made it through the Deep South with temperatures still in the 30s, I noticed a playground basketball court covered with a roof, not for protection from snow, but from the sun. Global warming is happening, whether you acknowledge human activity as the cause or not, and some regions of the world are more vulnerable to the changes in climate and extreme weather patterns than northeastern North America which is rich in moisture and shade. Just as Canadians head south to warmer climes in the winter to escape the extreme cold, conversely, Americans in states like Arizona head north and into the high mountains to cooler climes (and alpine climbs) during the extreme heat of midsummer.

As this planetary phenomenon proceeds, our North Country will become a go-to destination for cooling off. For the photographer, shade is a blessing when you want even lighting, such as for portraits. Don’t wish for a blue sky sunny day when you’re the wedding photographer. The best photos come from gloomy and inclement weather, although the mother of the bride may disagree. I occasionally shoot portraits for a college or job application. I had the ideal spot; just step outside by the north-facing stucco wall of the neighbour’s garage, take a telephoto lens and maybe some fill flash (or as I like to call it Phil Flash) bang, bang, bang; we’re done. Ideal lighting every time in the shade.

When I was starting out in photography as a teenager, I only took pictures on sunny days, perhaps a remnant idea from box cameras when you needed a lot of light to expose the film and get vivid colors. Since then I have learned, and preached to my students, and looked forward to inclement weather to make better photographs. Thunderstorms and blizzards are the best. I stay home on sunny days.

You’ve heard of the golden hour and the blue hour.

That’s different, always magical and guaranteed to get 100 Likes on social media. Accomplished artistic and nature photographers will tell you it’s all about the light. However, in the absence of light, I find more unique photos. I suppose you could still say it’s all about the light—low light or diffused light or pinpoint light—dim, available light.

What are some things that create shade and interesting shadows? Trees, clouds, buildings, window blinds and the human figure. See the famous National Geographic aerial photo of camels’ shadows crossing the desert by George Steinmetz. Drone operators are doing similar shots now with long shadows of pedestrians straight below.

I see people walking around in midday summer sun with big umbrellas creating shade. And you’ve probably seen a picture of a woman under a red parasol on a drizzly dark day. Just pop a little flash under the umbrella and it’s a calendar shot made in the shade. I prefer less posed natural finds like people on the city streets in a blizzard with an umbrella covering them from the snowfall. That usually requires a long lens, high ISO and manual focus to dodge through the falling flakes.

White-outs may not be your top-of-mind photo opportunity right now, but I live for those rare days unique to the North Country, despite the physical hardships and technical issues such as keeping the lens and camera clear of melting snow, and mobility and poor visibility, such as driving through unploughed drifted roads. Why is it always cooler in Wellington? If you drive from Picton on a hot day the temperature drops 10 degrees by the lakeshore. That’s nice in summer but it’s bitter colder in winter.

There are also lowlands in Prince Edward County that become cold air pockets because warm air rises and the valleys cool off. Frost and dew form here and make exquisite macro pictures of wildflowers and cobwebs. I remember a park ranger in mountainous West Virginia explaining the “9 o’clock warming” that occurs each summertime evening up on the plateau as the warmer air rises. In turn, the deep valleys fill with cool air which creates morning mist and fog. In the Smoky Mountains it’s a regular phenomenon; that’s how they get their name. As the morning sun rises so does the mist. Every mountain region has this effect especially after a summer rain storm. Nathaniel Hawthorne’s story that inspired New Hampshire’s state symbol, “The Great Stone Face,” was a 19th century day when mist enshrouded the rocks that formed a human profile making him look like a bearded and greying Old Man of the Mountain. Natural cooling occurs on clear nights.

Clouds insulate the Earth and prevent heat from radiating into space. But frost occurs and interesting tentacles of hoarfrost coat every exposed surface when the stars are bright. There is a point along the Lakeview Trail at Sandbanks Provincial Park where you leave the hot sunny fields and enter the dark realm of the maple woodland. Near sunset the decrease in brightness is astonishing.

In the dendrological world—trees—there are shade-tolerant species and shade-intolerant species. I have a spruce tree in my yard that likes full sunlight but is getting shaded out by an overhanging branch of a mature basswood. I hate to trim the old growth shade but I want the new generation of shade to flourish. Gardeners and homeowners have forever been challenged to grow a grassy lawn under shade trees. You have to find the species of grass and flowers that flourish where the sun don’t shine. Some of the best pictures are when light penetrates the darkness it’s like Leonard Cohen sang “There is a crack, a crack, in everything. That’s how the light gets in.” And Bruce Cockburn: “Got to kick at the darkness ’til it bleeds daylight.” To illustrate that, I would go to Beaver Meadows Conservation Area in the late evening as the yellow sun streams into the deciduous forest, sneaking under the canopy at a low angle and igniting branches and leaves. Or in my bathroom at 3:33 p.m. when the sun squeezes through the window blinds, touching a glass door knob and making a rainbow on the wall.

It’s 4 nights and 3 full days exploring the Group of Seven’s favourite landscapes north of Lake Superior. Our hosts are Canadian explorers Gary and Joanie McGuffin along with Bryan Davies of Sault Ste. Marie (and Rossmore), publisher of many Ontario books including our own “A Four Seasons County Prince Edward“. See details about this trip and other upcoming workshops at www.photographyadventures.net