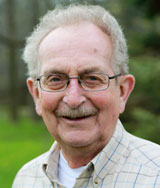 LeBLANC, Franklyn John, CD
Jul 23, 1943 – Aug 18, 2022
Peacefully on August 18, 2022 with his family by his side, Franklyn (Frank) John LeBlanc of Picton, formerly of Carleton Place, died in his 80th year much as he lived, with dignity, stoicism and great concern for his family. Frank, a proud Acadian, was the eldest son of the late Francis and Bella (Wallace) LeBlanc of Wedgeport, Nova Scotia, loving and beloved husband of 56 years of Wendy (Robertson), proud and cherished dad of Dr. Sarah LeBlanc (Colin Davies), devoted and much-loved Poppa of Alice. Frank is survived by his brothers Larry (Faylene), Tommy (Ena), and Carl, sister Frannie (Larry Spinney), sisters-in-law Eileen LeBlanc (Paul Irwin) and Donna (Jack) Messenger, and numerous nieces and nephews. He is fondly remembered by members of the Robertson family. Frank was predeceased by his parents-in-law, Kenneth and Betty Robertson, brothers Allan, Ivan, and Elden, and sisters-in-law Louise and Chris. Frank proudly served as a member of the Royal Canadian Signal Corps for 28 years from 1963 to 1991 achieving the rank of Master Warrant Officer. For the following 18 years, he continued serving his country coast to coast with the Department of National Defence as a civil servant. He fulfilled many roles in telecommunications including Cable Network Design Authority and Life Cycle Material Manager and was ultimately seconded to the Global Defense Network System Project where he worked as the Cable Network Engineering Section Manager until his retirement in 2009. Frank was a widely-respected (and more than occasionally-feared) expert in whatever field of military communications he was assigned. That same determination and incredible work ethic extended to his home life. In his off duty hours, Frank excelled in stone masonry, rock and coin collecting, woodcarving, fishing and boating, gardening, traveling in Europe (especially his beloved Germany), home maintenance and laundry. In his retirement, Frank volunteered for Carleton Place community groups including the Sister City Committee, the Horticultural Society and the Historical Society. In spite of his work responsibilities, hobbies, and interests, his deep devotion as a husband and father to his ‘two girls’ and his feline companions always took precedence. In Frank’s own words: “Not too bad for a little guy from Wedgeport, Yarmouth County, Nova Scotia!” Frank lived a full and rewarding life with lung cancer for a remarkable eight years. Frank and his family deeply appreciate the wonderful friendship and support of Jeffrey and Kathleen Maguire of Carleton Place, and their great neighbors and friends in both Carleton Place and Picton. Frank had exceptional caregivers over the years including Dr. Tim McKibbin, Drs. Marc Marion and Christina Fernandez in Carleton Place, Dr. Elizabeth Christie, NP Brad Gunn and the Prince Edward Family Health Team, Dr. Phil Wattam, and Dr. Negar Chooback and the Oncology Department staff at Belleville Memorial Hospital. Please consider remembering Frank with a donation to the Carleton Place and District Memorial Hospital Foundation or the Prince Edward County Memorial Hospital Foundation Back the Build Campaign. Please join Frank’s family in celebrating his life on Friday, August 26th at the Alan R. Barker Funeral Home, 19 McArthur Avenue, Carleton Place with visitation beginning 12:00 p.m. noon followed by a memorial service at 1:30 p.m. in the Chapel. A reception will be held after the service. The family has requested that masks are to be worn. A memorial service for friends in Picton will be held at the Prince Edward Yacht Club on Thursday, September 1st beginning at 4:30 p.m. À la prochaine! Arrangements have been entrusted to the Alan R. Barker Funeral Home in Carleton Place. www.barkerfh.com