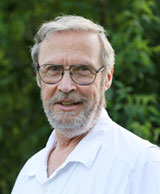 LOGAN, Robert Miller
March 19, 1953 – August 20, 2022
Entered into rest at the Ottawa Heart Institute on Saturday, August 20, 2022, Robert Logan, formerly of Milford, died at the age of 69. He was the son of the lateRobert & Harriette Logan. Robert was the loving father of Seth (Melody) of Ameliasburgh and Brianna (Ryan McKenzie) of Ashton and will be remembered by their mother Valencia of Carleton Place. He was the dearest grandfather of Isabella, Sienna, and Troy. Robert is survived by his siblings Joan Baker of Almonte, Doug (Gloria) of Stirling and Wendy of Picton and he will be remembered by his many nieces and nephews. Mr. Logan is resting at the Rushnell Funeral Home – Picton Chapel, 33 Main Street (613-476-2450) for visitation on Sunday, August 28 from 1 pm until the time of the Memorial Service in the Chapel at 2 pm. If desired, donations to the Ottawa Heart Institute or the Prince Edward County Memorial Hospital Foundation would be appreciated by the family.  Online condolences at: www.rushnellfamilyservices.com