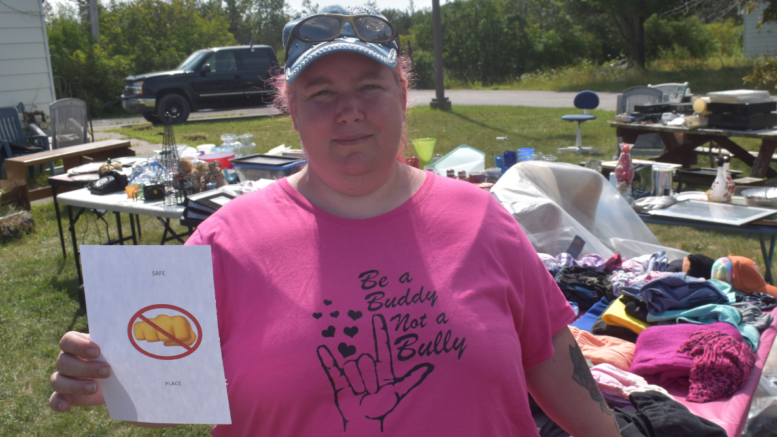 A Picton area woman is attempting to make a safe space network and distribute anti-bullying resources after interactions with police and local schools have failed to yield results.

Yvonne Cassibo has launched a social media page on Facebook (www.facebook.com/groups/360778616142537 ) that’s attracted other members of the community and the stories from concerned parents seem to be the same.

Bullying at local schools and on the streets of Picton amongst young teenagers is getting out of hand.

“We can’t get everything into the brochure but we can list resources, links and phone numbers that can lead to supportive organizations that can help,” Cassibo told the Gazette. “For example, the crisis line is for teenagers 16 and over while children’s mental health is for kids 15 and under. These are all important numbers and contacts families should have.”

In developing these resources, Cassbio came into contact with researchers at Queen’s University who host PREVnet.ca, a healthy relationships hub aimed at preventing interpersonal violence through research and practice.

Bullying, cyberbullying and teen dating violence are just some of the areas of expertise this online community specializes in and the group have supplied a host of information to Cassibo.

“They really understand what kids are facing and going through and have been such a help,” she said.

While information can help assist those that have been bullied and attacked, eradicating the root cause of bullying is the overarching goal for the group.

Cassibo explained examples of bullying at local schools and in the community are available on social media that’s restricted by the poster. Videos from the county posted on social media of children fighting and being encouraged by bystanders are being posted but the privacy settings on the social media account ensure only some users are able to view the fights/attacks.

“And this often goes unnoticed by parents. These victims are scared to stand up and say something because of retaliation,” Cassibo said. “In a lot of cases, the parents of the victim or the bully don’t know whats going on and what their children are up to.It takes a community to raise these kids and we all need to do a better job for the future.”

Discussions with the school board and the local OPP have yet to stem the issue although Cassibo and her supporters will keep bringing this issue up un tie its addressed.

Until then, brochures will be made available to bus drivers, local youth leaders and at schools to ensure those facing a bully know what resources are available to them.

As well, a window sign program is soon to be initiated where a child that’s being chased and harassed could knock on a door and get a trusted person to call the police or parent.

“We would ask the child stand outside and never go into a stranger’s home but we are looking for people that would call police or a parent in an emergency situation,” Cassibo said.