It feels like a mere two weeks ago summer plans were being made, lists were being drawn up of all the fun things that were going to happen before school resumed. And now in the blink of an eye, the calendar has flipped to September and the school bell is just days away from tolling to signal the start of another academic year.

Why is it that winter never goes by so quickly? Fortunately this reporter and his two young daughters did get to cross everything off our summer to-do list: visit the beach, take in a Jays game, check out a museum, escape to the cottage-just to name a few. A summer well spent certainly makes the thought of it soon being unofficially over a little easier to accept.

Also making things a little less melancholy this time around is the fact there’s a lot more certainty surrounding this September as compared to last. ]That may be true in this household more so than others, as September was a lot of ‘firsts’-as in first child being sent off to her first school year. As just about any parent will attest to, seeing them get on a bus for the 120th time is a lot less nerve wracking than when it happens for the first time.

To say everything is back to ‘normal’ might be a tad unrealistic, but we’ve come a long way. Though we’re all sick of hearing about it, the fact is COVID-19 still exists and is a real concern for those with underlying conditions. With fall fast approaching, it’s again expected that cases will rise. There will be outbreaks. There will be days lost due to illness. There will be stress among parents and school staff as they do their best to make the decisions they feel are best for their family. Those concerns are very real and valid.

But there’s reason for optimism as well. Extracurricular are slated to return in full. Students are back in the classroom among their peers. Field trips are a thing again. All of which come with a certain level of risk (to be fair, they always have), but at a certain point the benefit outweighs the potential for something going wrong.

If there’s one benefit to a pandemic that hangs around for three years, it’s that it allows for plenty of learning opportunities. So much was unknown when it was first detected but now we’ve learned a thing or two about what works and what doesn’t work. We’ve seen what happens in every season and can now have a bit of an understanding of what to expect. At the same time acknowledging that this virus has proven unpredictable at times and can throw it’s share of curveballs-expect the unexpected as it were. There’s bound to be some bumps along the way but as things stand right now, things are a lot more settled than there were 365 days ago.

Here’s to a year of new adventures, lessons learned and most importantly-kids getting the chance to just be kids. 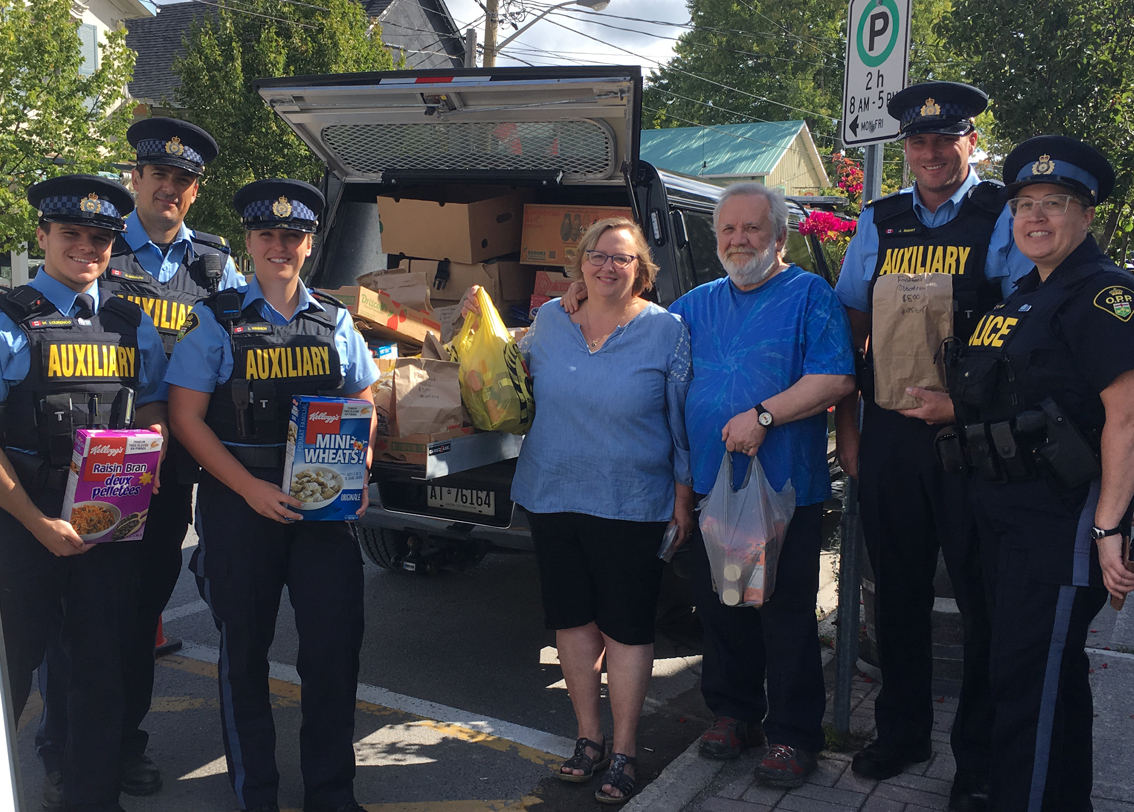 The Prince Edward County Detachment of the Ontario Provincial Police (OPP) assisted the Storehouse Foodbank on Saturday as OPP and OPP Auxiliary members went to Pierson’s Foodland in Wellington between 10 a.m-2 p.m. to collect food items for the Storehouse Foodbank. The community supported this worthy cause by donating $514.40 in cash, 303 grocery bags including potatoes, onions and turnips. Special thanks to Ella James, 11, from Wellington who donated $40 of her own money.
The Storehouse Foodbank is open every Wednesday and is located in the basement at the Pentecostal Church at 305 Niles Street, Wellington. (Submitted Photo)