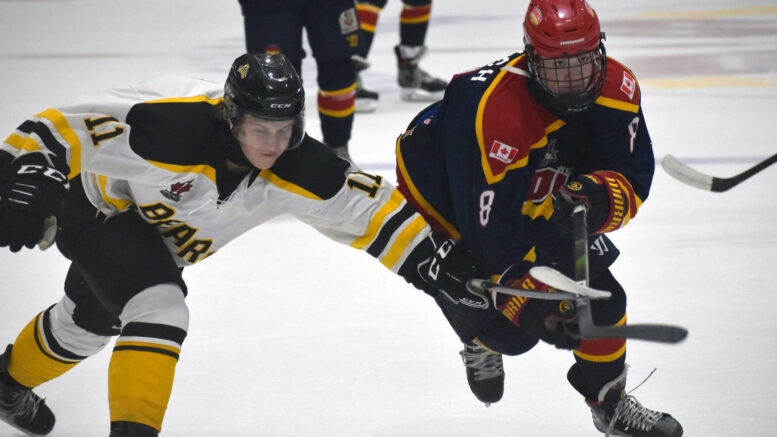 The Wellington Dukes finished off their preseason slate this weekend, going 3-1-1 over their five game tune up ahead of the start of the 2022-23 Ontario Junior Hockey League season.

Wellington finished off the week with a home and home sweep of the Central Canada Hockey League’s Smith Falls Bears before dropping their final game of the short season to the visiting Georgetown Raiders.

On Wednesday, the locals were quick to the chase against the Bears who were playing in their first game of the preseason and white washed the visitors 3-0.

Edward Moskowitz would pot an unassisted marker 61 seconds into the game and that’s all the tandem of Jacob Osborne and Brady Spry would need as they combined on a 24 save shutout.

Later in the frame, Ryan Smith turned in some excellent penalty kill work and Micheal Patrick was the beneficiary as the Brighton product swept a puck under Dawson LaBre to extend the Wellington lead to 2-0 at the 13:53 mark. 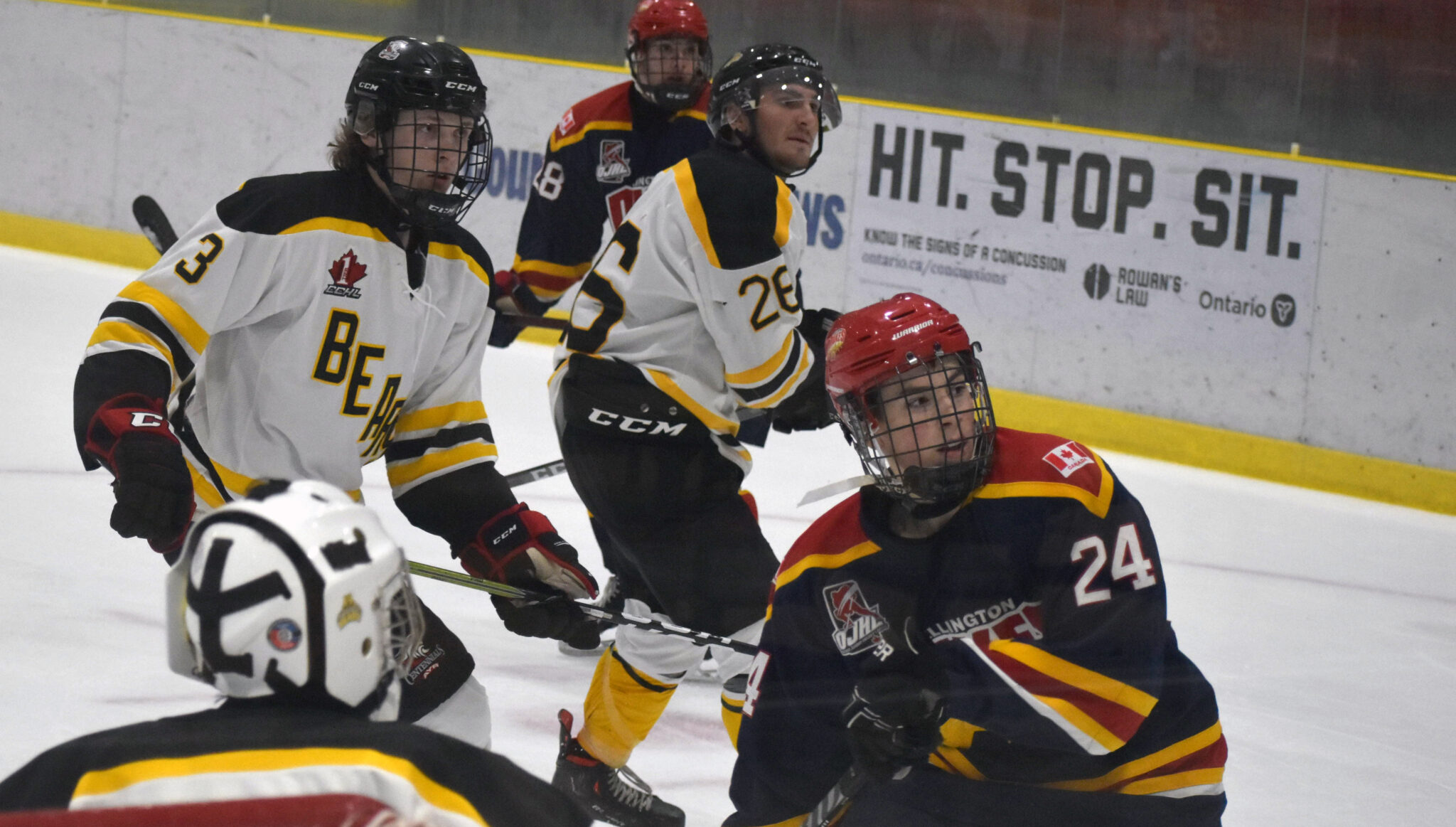 After neither team bulged twine in the middle stanza, Zander Latreille would score 3:18 into the third to make it a 3-0 Wellington final.

The clubs renewed acquaintances on Friday night at the venerable Smith Falls Memorial Centre and it was Wellington playing comeback to take the contest 3-2.

Osborne would surrender a pair in the opening 30 minutes but just after Kyle Dagg scored a power play goal at 10:28 of the second, Xaiver Brooks would pot a man advantage marker 18 seconds later to cut the Bears lead in half at 2-1.

In the third, Wellington’s most prolific scorer would respond twice on the power play to push the Dukes ahead 3-2.

Moskowitz bested LaBre at the 10:11 and 17:01 marks with David Campbell getting a hand on each tally. Brooks and Jacob Vreugdenhil also had helpers.

Osborne would make 39 stops in the win for Wellington.

The following day, the Dukes had little gas in the tank and fell short of the Raiders 4-2.

After a goalless first, Jared Langdon, fresh from OHL camp, scored at 8:33 with help from Connor Hunt and Jaxen Boyer to even the score at 1-1.

The Raiders and Andrew Della Rovere would get the one goal lead back for Georgetown at 16:31 to take a 2-1 lead to the dressing room.

In the third, Latreille would tie it for Wellington at 2:16 but the Raiders were able to march up the ice and score 20 seconds later to re establish their third lead of the game.

An empty netter late in the contest would finalize the score at 4-2.

Wellington’s Ethan Morrow would make 26 saves in the game.

The Dukes will put in a sold week of practice ahead of their home opener on Friday night when they welcome the Lindsay Muskies.

The Dukes get another crack at the Raiders on Saturday when they travel to Georgetown.