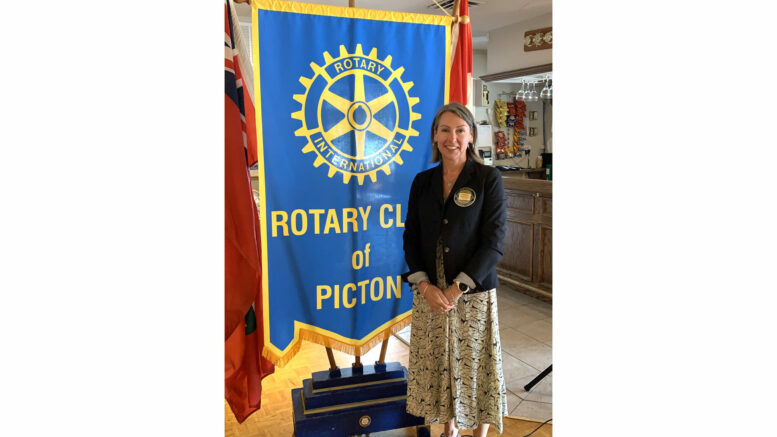 Since 2018 when PECMHF announced they were entering into a $16.5 million campaign to build a new hospital, many things have changed while other things have remained the static.

“That original goal of $16.5 million was going to cover the costs of the bricks and mortar, as well as the major medical equipment that would go in the hospital and all the furnishings,” stated Coull. “The timeline changed a a couple of years ago, originally we wanted the hospital to open in 2025, were now looking at an opening in 2027. But we’ve always had a goal to have shovels in the ground by 2024, and in fact were going to see shovels in the ground as early as next spring.”

Some other examples of changes which impacted the scope of the program were a result of COVID fallout- increased infection control measures and how patients and visitors flow through the hospital.

“Ensuring there isn’t a bottleneck when people come and enter into the hospital and leave,” Coull said. “And so instead of having one entrance way into and out of the hospital, we are now planning for a separate entrance and a separate exit so we can separate the traffic flow to minimize the spread of infections.”

Other things that have changed the scope of the project has been the cost and availability of building materials.

“The hospital now needs to be bigger to accommodate those infection control measures but also the fact we’re bringing in medical equipment we didn’t originally think we were going to be able to bring in,” said Coull. “Originally we were planning for 18 beds, we’re now at 20 beds and by 2027, we could possibly be looking at a hospital built to accommodate 25 patient beds. So things continue to evolve based on how the climate is changing around us.”

Coull added healthcare is expensive and all these things are going to have a direct impact on the cost of the hospital build.

“We’ve have an extremely generous community,” Coull expressed. “We know it’s been a very successful campaign so far and as a result we’re now planning for a hospital we didn’t think would ever be possible. We have been told the cost to build the hospital, the bricks and mortar is going to cost $20 million. So no longer will that $16.5 million goal cover the cost of bricks and mortar, it’s also not going to be enough to pay for the equipment that goes into the hospital. So were now looking at a $27 million campaign, and the good news is we’ve raised $21 million. The community has been incredible, as soon as we started surpassing the $16.5 million goal, whenever I had a private conversation with a donor who wanted to contribute to our project, we were very transparent and had the discussion their gift would in fact take us past the original goal and every conversation we had in that regard was, ‘Of course its going to cost more, here is the money and what can we do with it, how can our vision be bigger’.”

With the vision and support of the donors behind them, the PECMHF could have different discussions with Quinte Health Care (QHC) and The Ministry of Health to discuss the direction and the vision for the new hospital.

“Our community is being looked at as leaders and architects can’t believe how fast we are raising this money,” said Coull. “The campaign has really positioned us to be able to explore opportunities we did not think possible from the beginning. Our stretch goal for the new hospital is $7 million, since we’ve raised $21 million so now we have a goal of $6 million for the next five years. What that $6 million is going to cover is environmental sustainability enhancements, all the major medical equipment that is going into the new hospital and a building that will have smart technology.”

The PECMHF started last week drilling bore holes into the property behind the hospital to test for gas and explore whether or not the new hospital could be the first in North America to generate geothermal energy.

“It was a very successful experience,” Coull stated. “In the beginning, about half way through the week we were getting nervous, they hit gas at about 250 feet and we need to reach 400 feet to be able to have geothermal. By the end of the week we were able to successfully reach 400 feet, so we are now pursuing geothermal for our hospital.  The drilling has been done, I don’t know if you consider that shovels in the ground but that’s major progress.”

Coull added that another element to the new hospital will be a mass timber frame instead of a steel frame.

“Our hospital will be built by using 100 per cent mass timber that will have an exposed wood and it’s going to be very beautiful,” said Coull. “Aesthetically it will be calming for our visitors and patients, and it will be environmentally sound. Just those two items alone will position our hospital in PEC to be the very first of its kind in all of North America.”

Once PECMHF reach their $6 million goal they can implement the smart technology, which planners are looking at right now.

“When we reach our $6 million goal they are going to be able to apply some of those funds to things like the way in which the treatments on the windows are,” Coull said. “So instead of having to manually pull up blinds now the windows will adjusts to the shade and they will be able to manage the sunlight that comes through so that patients are more comfortable. The patients will be able to use their voice to activate or call for help, the room will be able to manage its own temperature rather then the care giver or a patient having to become so uncomfortable because their nurse is busy with another patient down the hall, the patients will be able to manage their comfort level in their own rooms, so there is going to be a lot of benefits to patient care and release some of the burden from the care givers to have to worry about those things while also trying to keep our patients heathy and safe.”

Coull added that another incredible component of what they can achieve by raising the next $6 million is the major medical equipment that will be used for the new hospital.

“We always knew we were going to get a mammography machine,” stated Coull. “We always planned for digital radiography equipment, those items are already in our hospital, they need to be replaced and were actually starting to replace those pieces of equipment now because the current equipment are so tired, but those pieces of equipment will be going into our new hospital. What we didn’t know that could be possible is bringing a CT scanner to our hospital and having that service available close to home for our residents and visitors. Our hospital and our residents have never had access to a CT scanner in the past so thats also an evolution in the plans which also increase the cost of the project, but again, its something that of huge benefit for our community and something we should all be very excited about.”

Also being looked at for all hospitals across Ontario is a health information system where there is one patient, one record.

“The health information system is a system where there is one patient, one record that can be shared with the system of hospitals within that region,” Coull said. “So you’ve maybe had this experience in the past, you come to Picton for something and you may have needed to be redirected to Belleville, well when you get to Belleville you have to repeat your story, your medical history and all of those things. Its because they don’t share records. Now we are going to help QHC to establish a system where it’s one patient, one record. So thats also a separate fundraising priority that our foundation is focused on as well over the next five years, so there is lots going on.”

Coull added that there is always going to be significant need in maintaining health care delivery in the case of all hospitals and foundations that support hospital fundraising.

“Lots of things have changed, we have been extremely successful and I’m sure and have no doubt that were going to continue to be successful in achieving our goals for a new hospital,” expressed Coull. “While we do that were also over the next five years, were still fundraising for our current hospitals priority medical equipment, we call that business as usual. its just a reality of our healthcare system, its expensive but its achievable and we couldn’t do it without the amazing partnerships that we have, the visionaries at QHC, the patient advocates, partnership with the ministry and the government and also the volunteers who play such a significant role in helping us to fundraise, the members of the campaign cabinet and also the members of our board who do oversee the governance of our foundation to ensure that we are operating at the highest level of standards possible and we take great pride in the way in which we operate. And then the most significant partners that we have are our donors and it goes right across our community, our region and beyond.”