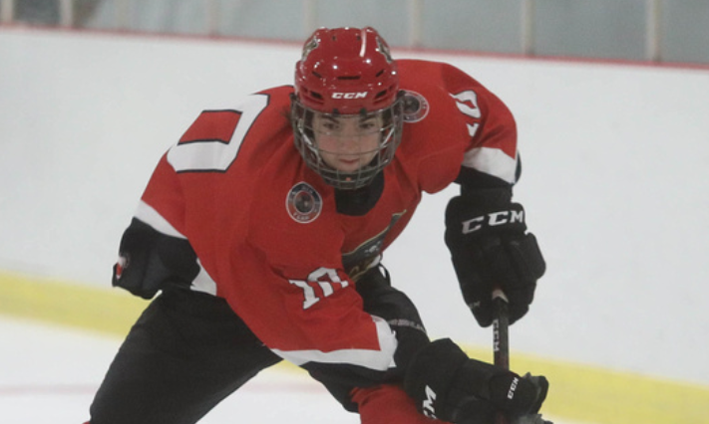 The Picton Pirates split their final two games of the 2022 Provincial Junior Hockey League preseason to set the stage for their season opener in Frankford Saturday night.

Picton needed some big saves early from starter Brady Spry on Tuesday night against visiting Campbellford but quelled the Rebels 7-2.

On Thursday, Picton trailed 5-0 after the first to the visiting Amherstview Jets but were more competitive over the final to frames, ultimately falling 6-2.

In their win over the Rebels, it was veteran Cole Stevenson opening the scoring off the rush with under five minutes to go in the frame to push the hosts ahead 1-0. In the second, Stevenson would bag his second off a power play at the 5:58 mark. The Pirates would push on at the 15:16 mark as Gerrit Kempers would score off a Zack Brooks feed to make it 3-0.

The Rebels responded with an Owen Brocainer power play goal with under two minutes to play to get Campbellford back in the game at 3-1.

Early in the third Picton had a head wind and scored four inside the opening ten minutes of the frame.

Liam Philip potted his fifth of the preseason at 53 seconds and then Reese Hancock redirected a Brooks drive in the slot at 3:31.

Ross Maycock had his fourth just over two minutes later and then Napanee Stars grad and rear guard Tyler Brady scored a shorthanded goal at 8:23.

Campbellford veteran Ben Krauja would get a power play goal for the visitors in the late going to make it a 7-2 contest. On Thursday, Picton fell behind Amerstview early as the Jets had a handful of goals in the first period. In the second, Picton battled back and Stevenson picked the top corner on the power play at 7:28 to provide the locals with their first of the game.

Aaron MacMullen came on to replace injured starter Carter Page partway through the game and although the Belleville native couldn’t corral an Andrew White volley at 12:59 of the second, the net minder made 21 stops in relief of the Bucs.

Picton had the only tally of the third as Stevenson was set up by Philip for a second time in the contest.

On Tuesday, the club announced some alterations to the staff. Jason Parks will be stepping aside citing health reasons as Allan Etmanski will take over the day-to-day role of General Manager.

“Change is never easy at any time of year but the executive have full confidence in Allan. He’s been in the hockey world for a long time and we know he will do an excellent job for us,” Pirates President Ron Norton said.

In terms of the bench staff, Rick Van Vlack has taken on the role as the club’s co-coach. Well known in the local coaching ranks, the Wellington native has been part of championship bench staffs with both the Pirates and the Jr. A Wellington Dukes. Kyle Hawkins Schulz remains with the club as head coach and the team welcomes back former player Mitch Burke who will round out the staff.

“Burkey came to a lot of our games last season and jumped at the opportunity to be a part of our organization again and we are so happy to have him aboard,” Etmanksi said. After visiting Huskies den on Saturday for a 6:50 puck drop, Picton opens the home portion of their 2022-23 schedule Thursday Sept. 22 against Amherstview.