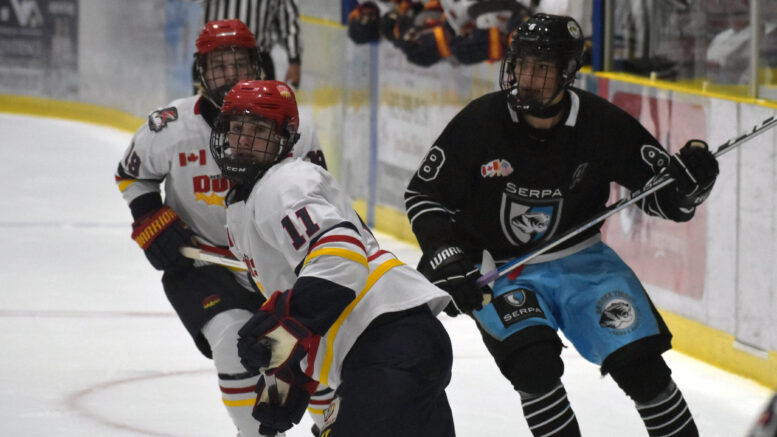 ON THE CASE- Defenceman Alex Case and his linemates ensured Wellington Dukes goalies had an easier time of things during the last two games, limiting opposing shooters to just 36 shots through six periods of hockey. (Jason Parks/Gazette Staff)

The Wellington Dukes made it a 2-for-2 weekend with wins over Aurora and Caledon and while their victory over visiting Tigers was closer than it needed to be Friday evening, the locals are starting to round into form.

After surrendering a two goal spread in the second period at home, Wellington (3-1-0) needed some third period magic against the Tabbies and Connor Hunt delivered for the Dukes, banging home his second of the campaign at the midway point of the final frame. 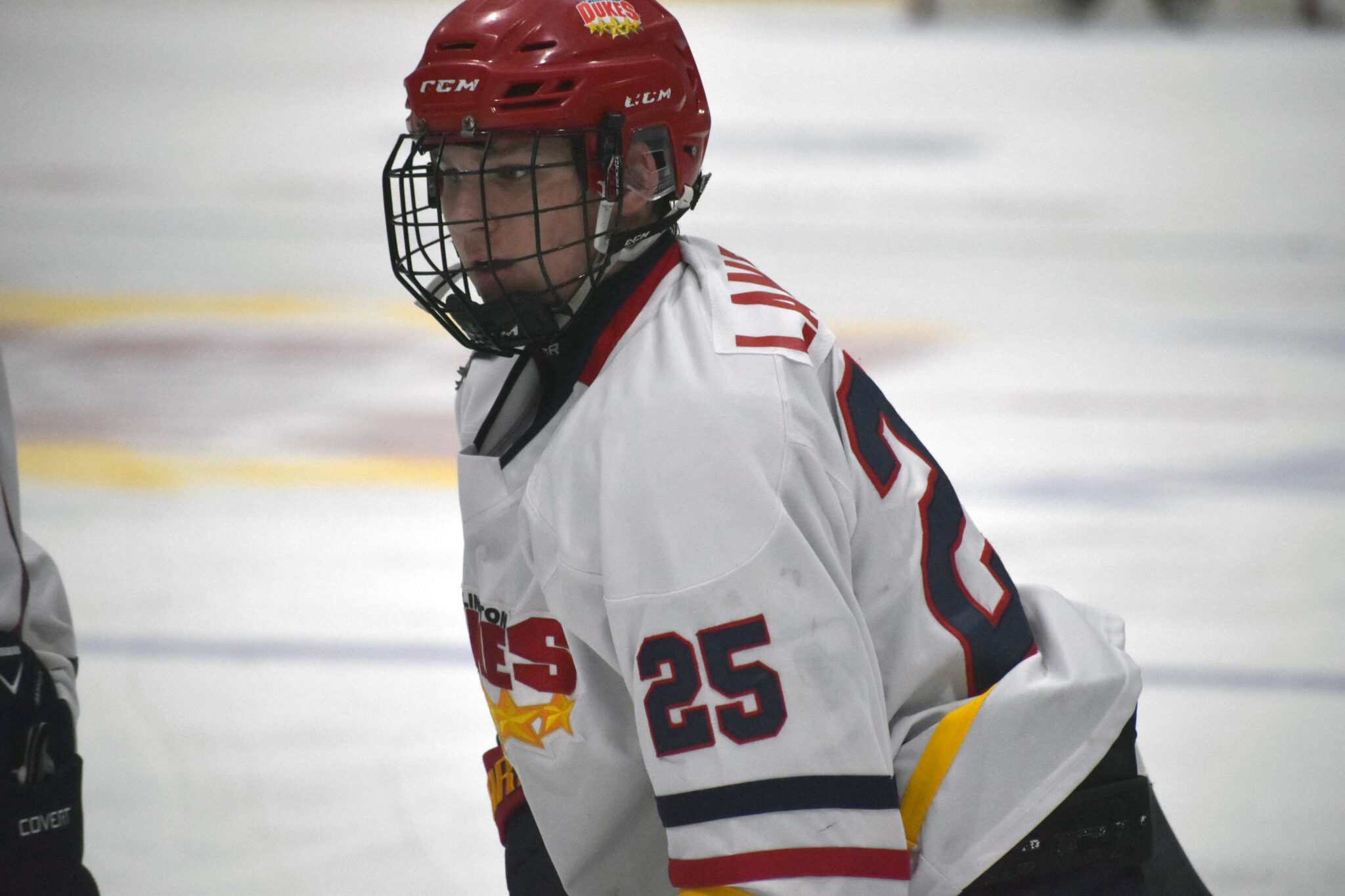 Dukes net minder Ethan Morrow was able to come up with some timely stops as Wellington shaded Aurora 4-3.

On Monday afternoon as part of the OJHL Governor’s Showcase event in Cobourg, the Dukes were able to cruise to a 3-0 lead after one and a 5-0 lead through 40 minutes en route to a 7-1 victory.

The stingy Dukes defence limited the Admirals to just 16 shots through 60 minutes ensuring Osborne’s first OJHL win was not an overtaxing event for the Gloucester born-goalie.

On Friday, Wellington did an admirable job keeping the Tigers to the periphery of the Dukes end of the ice, limiting the visitors to just 20 shots but the hosts still found themselves in a tied hockey game after 40 minutes.

Wellington got off to bad start as Lucas Stanojevic scored 18 seconds into the first to give the Tigers a 1-0 lead but Wellington quickly rebounded.

David Campbell set up Ryan Smith less than a minute later and then Moskowitz found Corbin Roach at 4:01 to give the locals their first lead of the contest.

Smith played setup man early in the second as Lucas LaPalm emerged from sick bay to pot his first as a Duke 1:38 into the second.

Ahead 3-1, Wellington had their chances to push further ahead however Glen Crandall,  on in relief for starter Mason Meyer since the Roach tally in the first, was solid when called upon during the Dukes deluge.

With time winding down in the second, Aurora’s Mathison Mason picked up a shorthanded tally, using a Dukes defender as a screen at the 15:47 mark to get the Tigers to within one.

Then, with under a minute left in the second, former Picton Pirate Khaden Henry spotted Connor Van Weelie lurking on the far side of the ice while the Tigers worked a power play.

Van Weelie’s one timer with 22 seconds left tied the game 3-3.

But in the third, Hunt’s second goal and third point in three games would provide Wellington with enough cushion to finish ahead of the Tigers at 4-3.

Wellington played St. Mikes on Wednesday in their Showcase finale. The Buzzers then travel to Wellington for a Friday night contest at LeHigh Arena.

The Dukes then remain idle until they travel to Minden on Oct. 1 and the host the Burlington Cougars on Oct. 2 at 2:30 p.m.