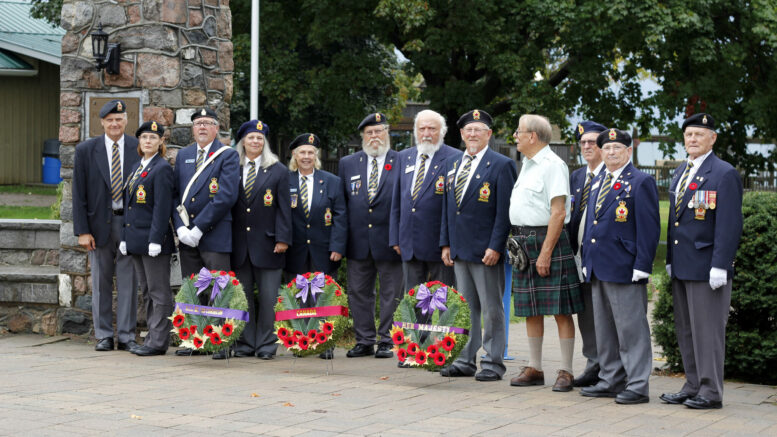 Members of the Royal Canadian Legions of Picton, Wellington and Consecon gathered in Wellington Monday to host a ceremony in remembrance for Queen Elizabeth II. (Desirée Decoste/Gazette staff)

The three branches of the Royal Canadian Legion serving Prince Edward County united in their efforts to remember life and reign of Queen Elizabeth II on Monday. 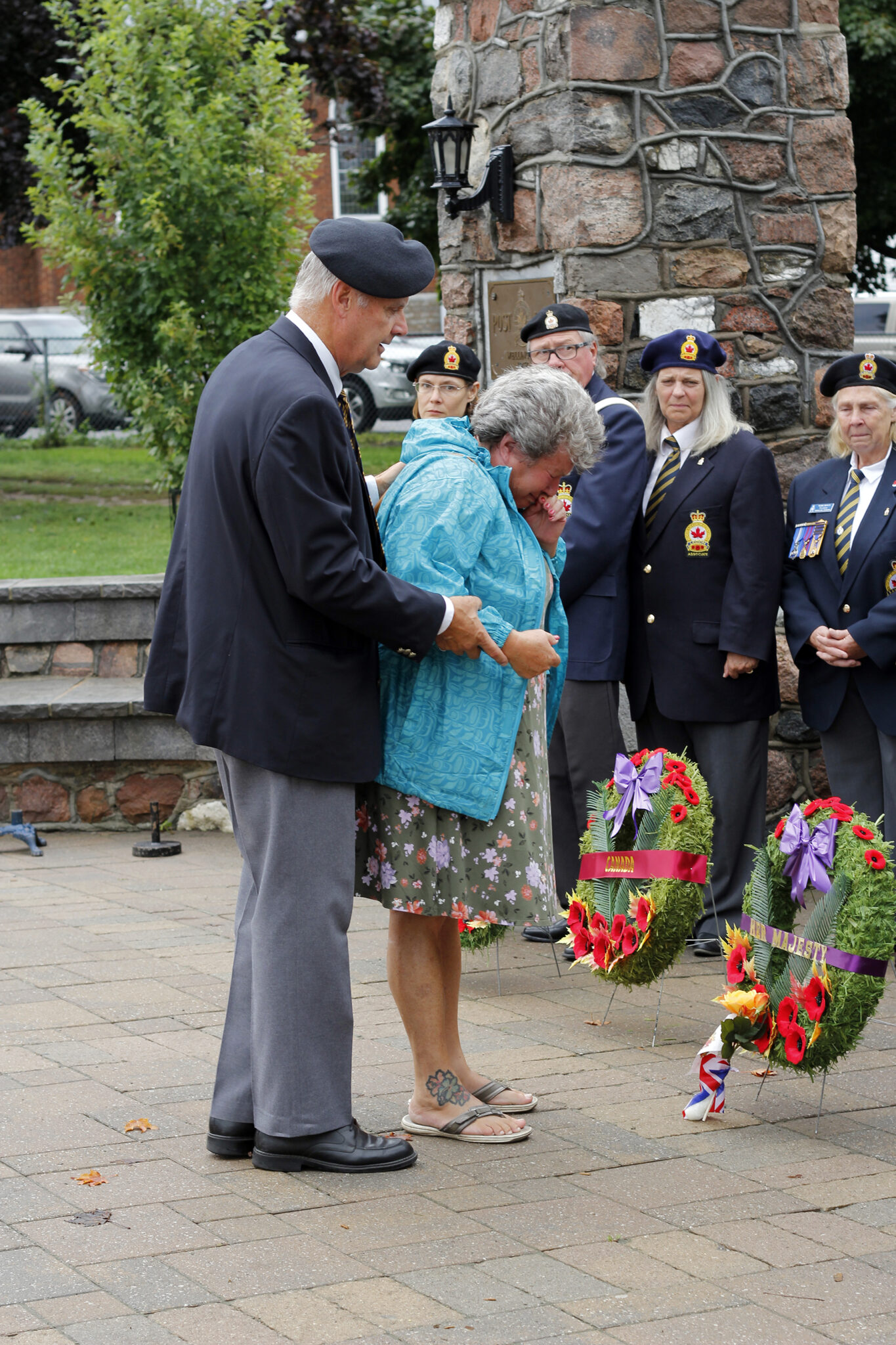 The Picton, Wellington and Consecon branches spread word over the weekend they would be honouring the late monarch on Monday with a wreath laying ceremony at the Wellington Park memorial gates on Main Street. All told, upwards of about 30 mourners quickly gathered inside the Wellington United Church due to a torrential downpour late morning/early afternoon.

“It’s remarkable what you the Legions do and I will speak for council and for members of the community in saying thank you and express our gratitude for your service,” Mayor Ferguson expressed. “From what I can tell everybody grew up with the Queen, I know I certainly did, from the time I was a little wee kid going to Kindergarten there was always a picture of her majesty over a door or somewhere on the wall and we were singing the royal anthem at the time, in her presence and we learned about her, the royal family and very importantly providing service and the importance of providing service to other members of the community.”

The purpose of the ceremony was in line with Sept. 19 being named a mourning day for Queen Elizabeth II. Legion Padre Bob Hicks officiated the service.
“Her majesty had been a wonderful example of service above self during her rein,” said Padre Hicks. “She gave us in a world of tumultuous change a sense of familiarity and stability. Let us remember the Queens remarkable life of service and a faith that sustained her in the challenges she faced.”

Presidents of all three Legion branches came forward and each laid a wreath in remembrance of the Queen and was followed by God save the King.