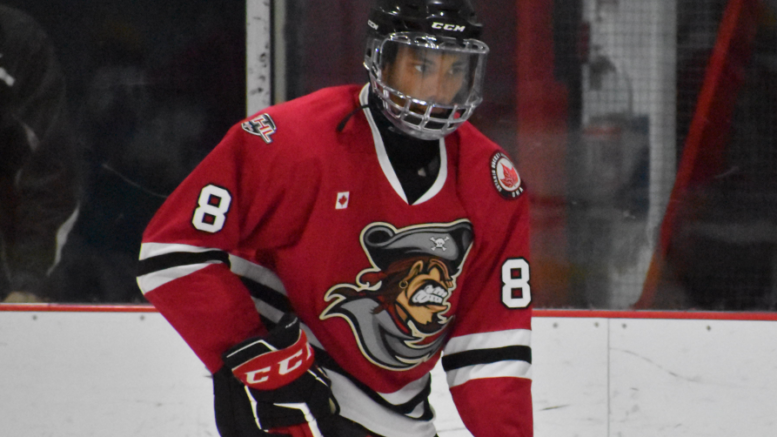 The Picton Pirates and Amherstview Jets seemed destined for overtime in the host’s home opener Thursday until a former Pirate ruined the home coming with a goal inside the final two minutes of play.

Nolan Dawson’s first goal as an Amherstview Jet came at a very inopportune time for the locals and cleared the way for a 4-2 win over the host Pirates.

Inside the final five minutes of play, there wasn’t much separating the opposing clubs as they played to a 2-2 draw. 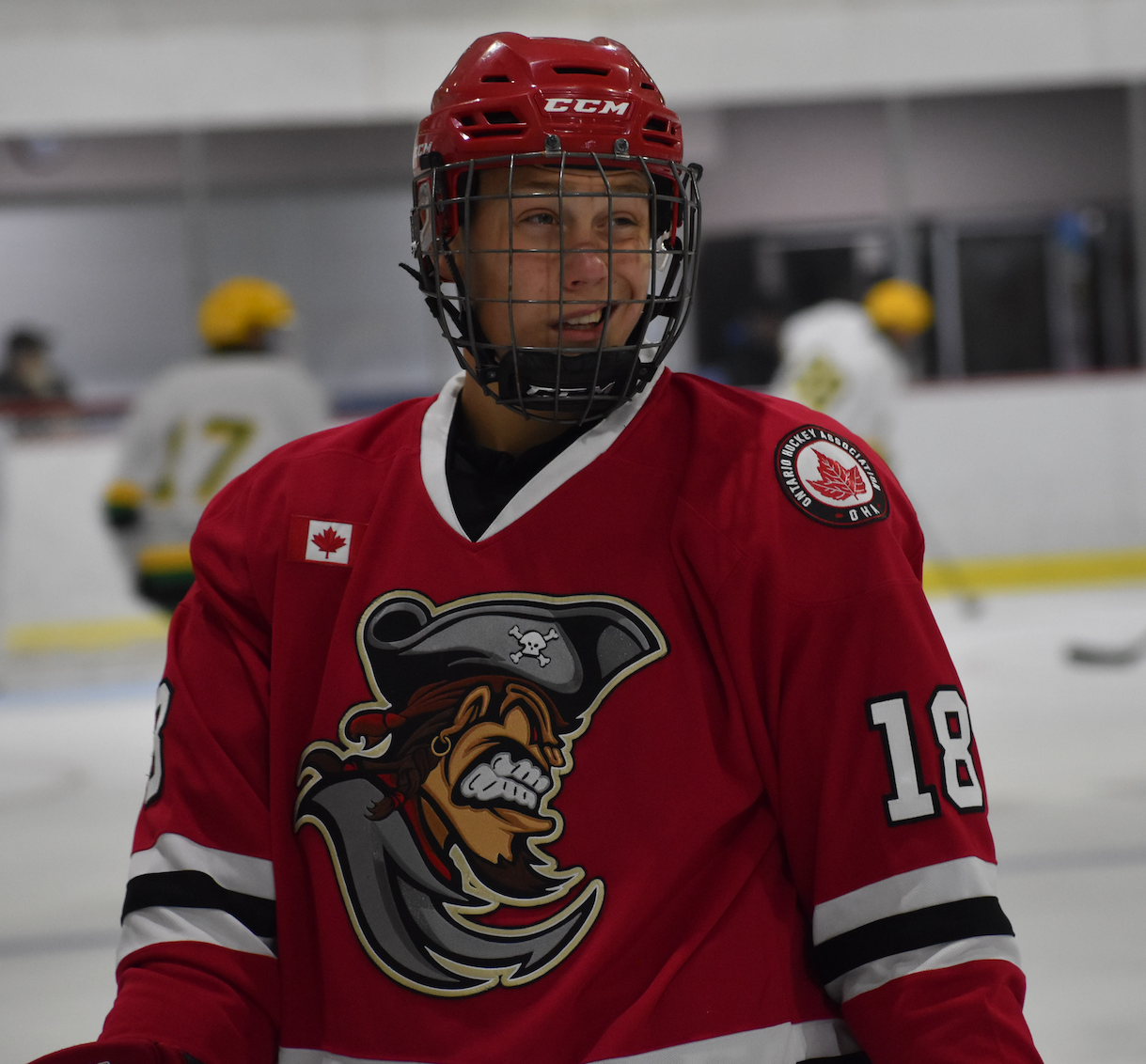 After a scoreless first where Pirates netminder Brady Spry and Jets goalie Owen Willis were both spotless, the teams each counted for a pair of goals in the second.

Matt Donovan set up Jack McKenzie at the 7:15 mark of the second to stake the Jets to a 1-0 lead.

Picton would answer back with a tally just over three minutes later.

Amherstview would go ahead once again at 14:13 as Caden Kekewich took advantage of a loose puck in the Picton end and swatted home his second of the campaign.

But Picton once again had an answer as Kleighton Grove snapped home his first of the year at 18:09 during a Pirates power play.

In the third, the Pirates were not lacking for chances and nearly went ahead on a power play opportunity part way through the frame of a back door play at the Amherstview net that saw the puck jump over the stick of a would be Picton scorer.

Donovan sprang Dawson off a rush and the Picton native picked the top corner off Spry at 17:02 to put the visits ahead.

Kekewich added a empty netter with 50 seconds left in the game.

The Pirates play at home on Thursday as the Napanee Raiders make their first visit to Huff Estates Arena. Puck drop is 7:30 p.m.