Federal politics in Canada took another dark turn this week when the RCMP confirmed they were investigating Diagolon leader Jeremy MacKenzie concerning alleged threats he made to sexually assault Anaida Poilievre, the wife of newly minted leader of the Conservative Party of Canada Pierre Poilievre.

Diagolon is a far-right, neo-fascist militia-style group linked to a plot to assassinate RCMP officers during last winter’s convoy blockade in Coutts, Alberta and MacKenzie has been charged in Nova Scotia and Saskatchewan with various assault and firearms charges in separate incidents over the last year.

Political leaders across the spectrum were quick to condemn MacKenzie’s comments recorded on a podcast where he suggested raping Anaida Poilievre as a “power move.”

MacKenzie, who also made derogatory remarks towards Anaida Poilievre’s Venezuelan heritage, has since stated he was drinking at the time and meant no harm by his comments. In a statement decrying the threat, Poilievre called MacKenzie and the podcast host “dirtbags” and labeled the Diagolon faction as odious and a bunch of losers. The leader also said “This kind of garbage has no place in Canada” and “No one should face this kind of abuse.”

We agree vociferously. No elected offical and their family deserves to be threatened and it’s nice Poilievre has woken up the realization a fake news swamp fever is claiming the hearts and minds of more Canadians day-after-day.

It was a month ago Deputy PM Chrystia Freeland was verbally accosted in Alberta and chased out of a building and while Poilievre condemned Freeland’s brush with a loud mouthed lout, he hasn’t always been so clear with some of the bad actors that populate the far reaches of the political spectrum.

In fact, it was MacKenzie who paid a visit and shook hands with Poilievre at a mid-August leadership campaign stop in Dartmouth, NS. After a picture of Poilievre greeting MacKenzie started making the rounds on social media , CPC leadership candidate Jean Charest called on Poilievre to denounce the Diagolon leader and that “some votes should not be courted.”

It should also be noted Poilievre marched with James Topp this summer during the veteran’s march across Canada protesting mandates. Topp was also joined by MacKenzie during the march and latter joined the former on a podcast. That’s not to lump every single person who opposes public health mandates as an extremist bent on seeing the end of democracy and civilized society as we know it but it’s always worth paying attention to how some circles intersect.

Pierre Poilievre presents himself as a God-fearing family man with only Canada and the best interests of his fellow Canadians at heart. Up until a month ago, he claims he had no idea what Diagolon was.

Today, Poilievre and a lot more Canadians are waking up to the rapid rise of right-wing extremism in Canada, a fact confirmed by Canadian Anti-Hate Network Executive Director Evan Balgord at the international “Hate Among Us” conference held in Ottawa last week.

Hate knocked on the door of Pierre Poilievre this weekend and the question to Poilievre and all political leaders is what is to be done about it? 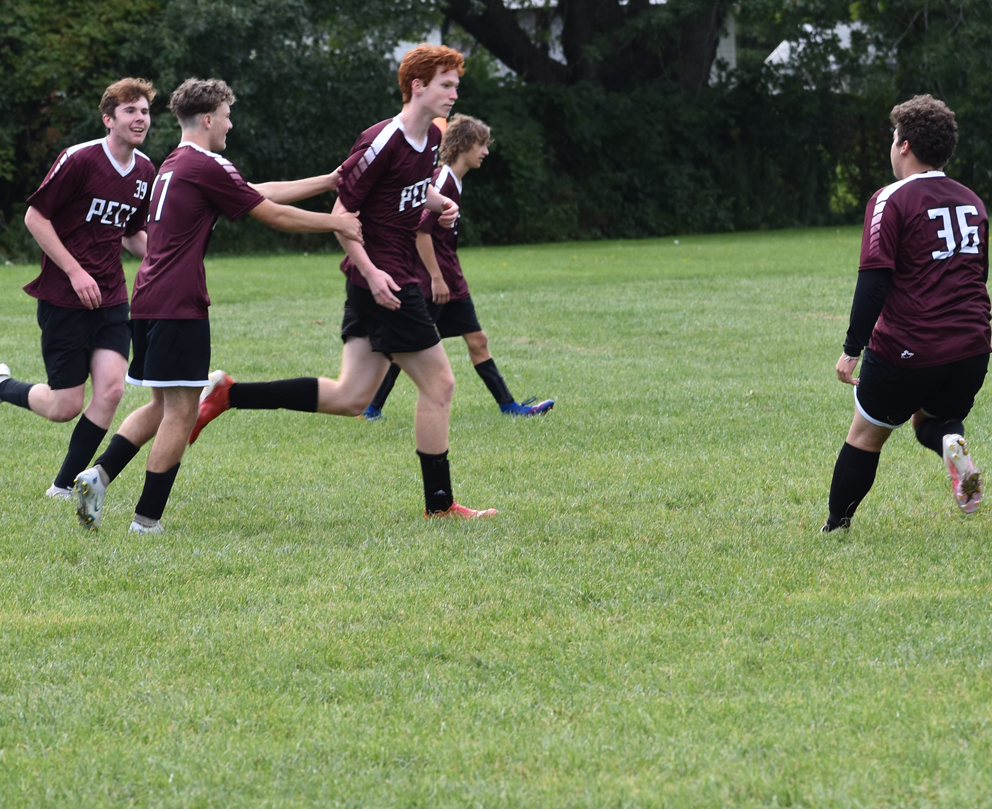 (Centre) PECI’s Hudson Flynn had a pair of goals for the Panthers senior soccer team on Thursday as the Panthers bested the visiting Quinte Christian Eagles 3-1. Through two matches this season, the Panthers are undefeated. (Jason Parks/Gazette Staff)