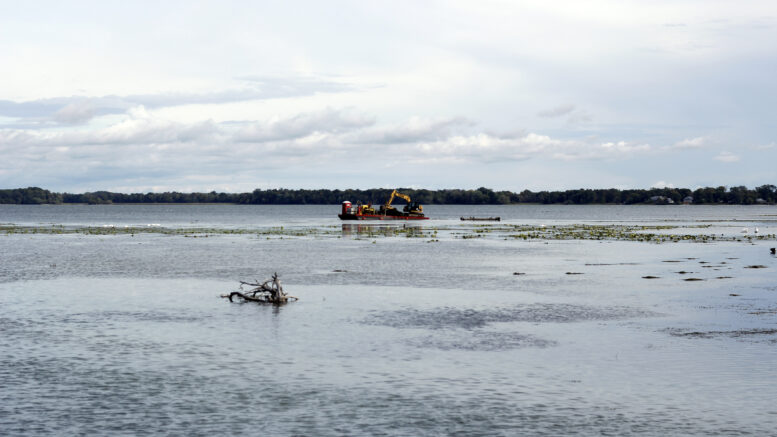 Work to remove sunken vessels in Wellington Harbour will continue over the coming days.

Transport Canada, who is responsible for the administration of the Canadian Navigable Waters Act (CNWA), and the Wrecked, Abandoned, Hazardous Vessels Act (WAHVA) in all Canadian waterways, confirmed to the Gazette this work would be taking place over the next two weeks.

“In past years, members of the public have raised concerns to Transport Canada regarding these abandoned vessels found in the Wellington Harbour, which are in very poor condition. These vessels have been assessed  by the department and a decision was made to remove these dilapidated structures as they pose a risk to navigation in the area,” Transport Canada spokesperson Sau Say Liu said in an email late Wednesday.

According to Willis Metcalfe’s book Canvas & Steam on Quinte Waters, There are believed to be three vessels in the shallow waters just east of the channel that connects West Lake to Lake Ontario. 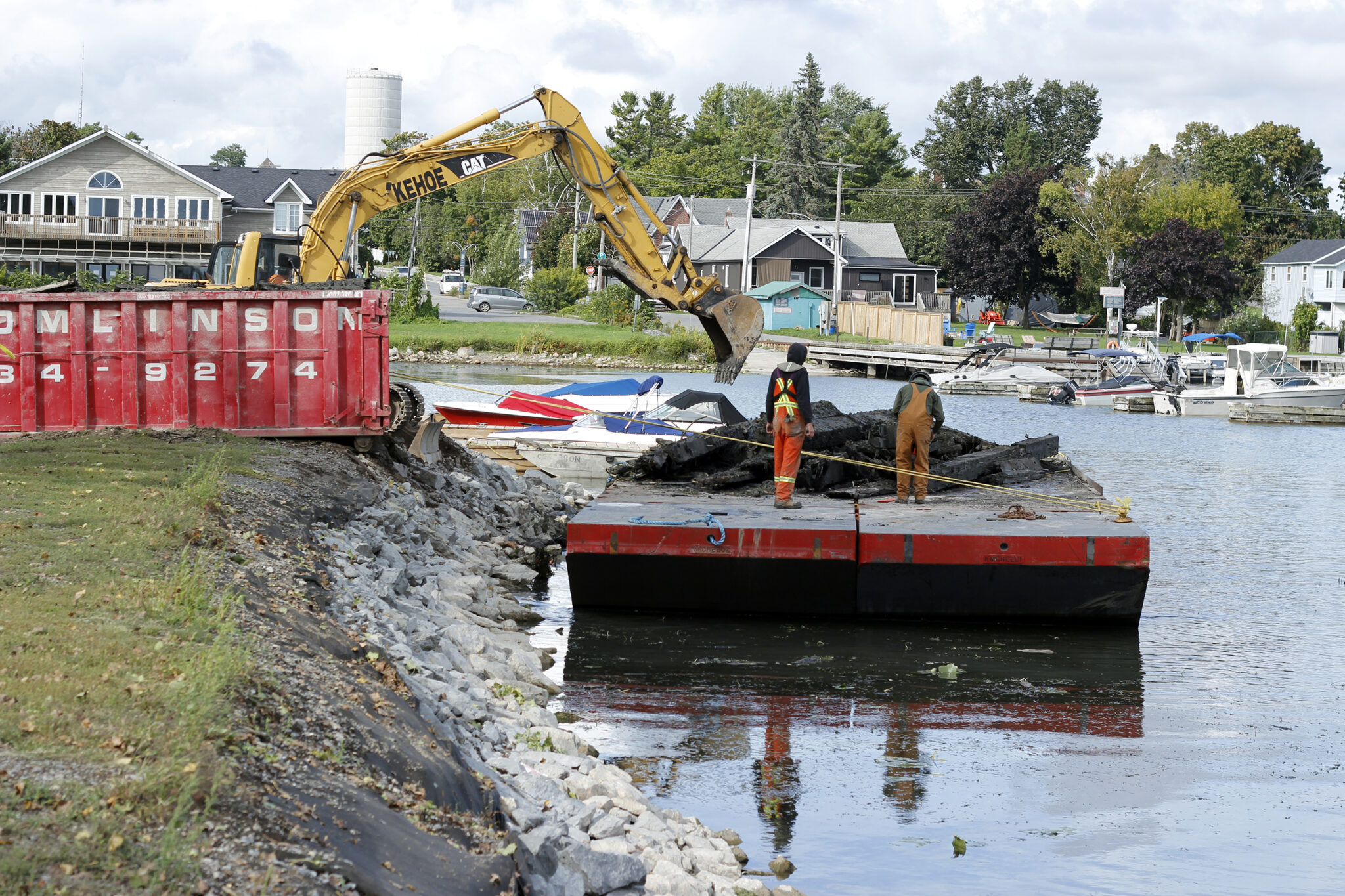 Transport Canada contracted workers with the remains of dredging vessels stuck at the bottom of Wellington Harbour since the early 1900’s. (Desiree Decoste/Gazette Staff)

A pair of these wrecks are known to be the tug ‘Maggie’ and the barge ‘Hamilton’ that were brought there to dredge the Wellington Channel  back in the fall of 1914 by the MacFarlane, Pratt and Hanley Company out of Midland.

Work to dredge the area in advance of developing a grain shipment port for local farmers continued into the following year until the company went bankrupt.

Canada Dredge and Dock Company purchased the vessels and equipment but wound up abandoning them. The tug and barges deteriorated into the condition they are in today.

Some of the wooden mast equipment for the dredging machine can still be seen sticking up out of the waters of the Harbour.

Liu explained although the Wrecked, Abandoned, Hazardous Vessels Act does not have a public comment requirement, Transport Canada may consult with stakeholders as appropriate, and the Minister may also publish a Notice of intention to dispose of a vessel.

“Given the deteriorating condition of these particular structures  however, and the fact that no known owner has been identified, a Notice was not deemed necessary in this case,” Liu said, adding should any artifacts be found, they will be turned over to Mariners Park Museum.

“The contractor who is performing the removal work on behalf of Transport Canada will contact the Mariners Park Museum should any vessel pieces that are retrieved or removed be thought to have potential cultural  or heritage value, or if findings are of possible interest to Prince Edward County,” said Liu.