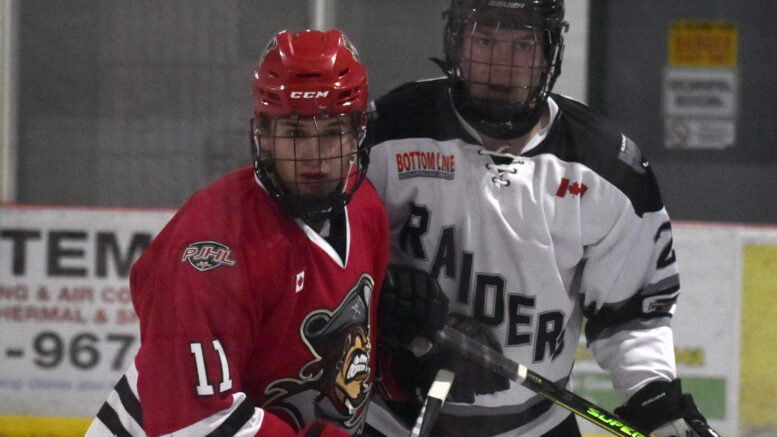 A barrage of four unanswered goals in the third period led the Napanee Raiders to down the host Picton Pirates Thursday night.

The Pirates had managed to take a 3-2 lead to the dressing room after 40 minutes of play and Picton had a pair of chances early in the third to take control of the contest but the locals were stymied by Napanee netminder Alex Zamuner.

The Raiders notched the first goal of the game at the 13:05 mark when defenceman Noah Westwater picked the corner on Pirates starter Brock Sallans in the second frame, the Pirates offence sprang to life. 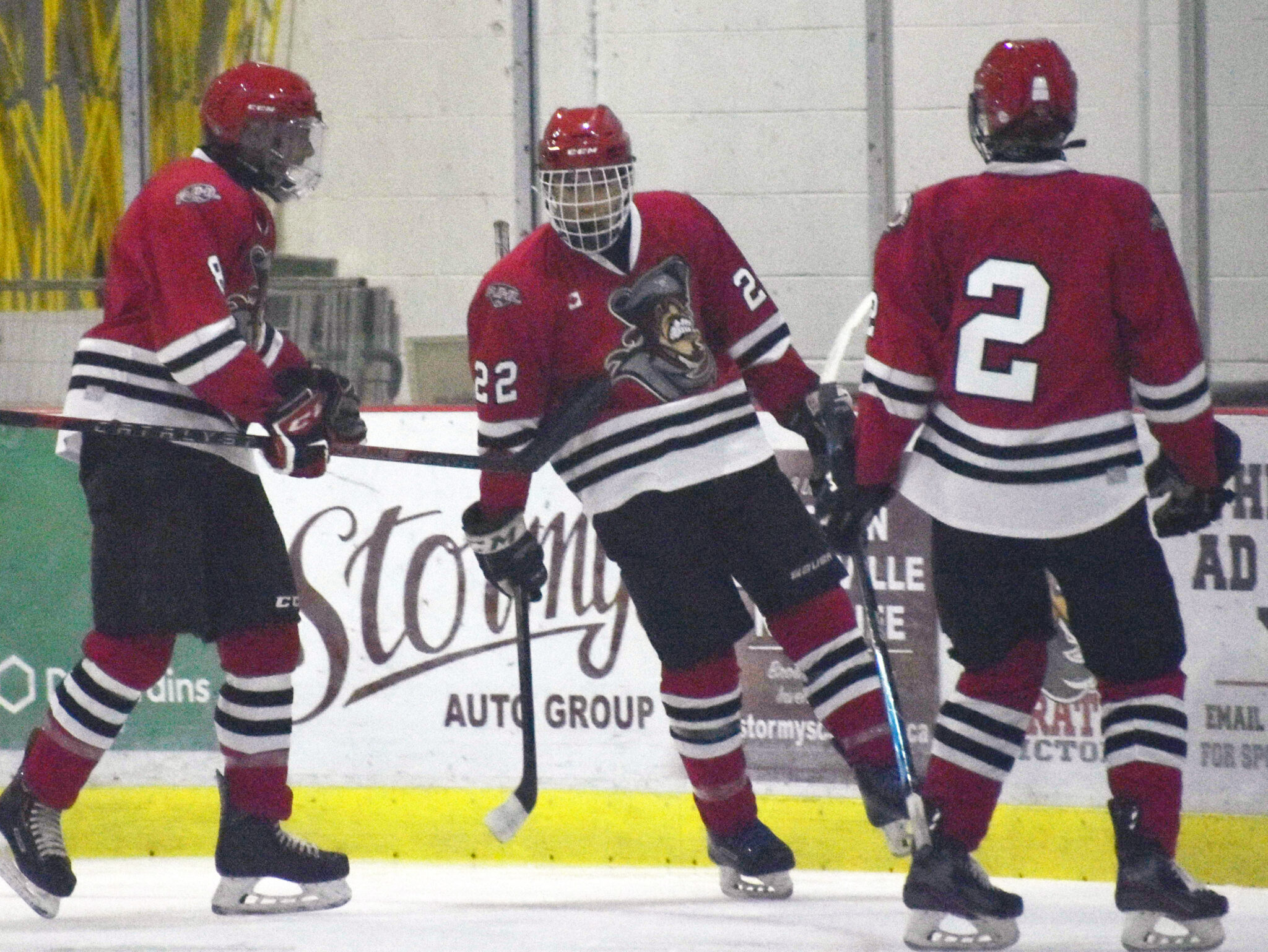 Hosea Aculiak would take a nice cross ice feed from Rheydan McCoy at 7:20 of the second to give the Inukjuak, QC native his first PJHL goal. Gerrit Kempers added a helper on the play.

The Pirates would push ahead later in the second when McCoy ripped a power play goal past Zamuner at 14:29 to give the locals a 2-1 lead.

Nicholas Goosney’s first of the year after a scramble in the Picton end at 16:18 saw the game tied at 2-2 late in the second but Ian Harrison’s second of the campaign off the rush moved the contest to 3-2 in favour of the Pirates.

Jack Dow and Ryan Bauder picked up assists on the play.

Both Dow and Harrison had glorious chances in the third to give Picton a lead but Zamuner came up big for the Raiders.

Unfortunately for the Pirates, the Raiders found the net early and often in the final stanza. Ben White had a goal and two assists while Beckett Palmer-Stephen, Ben Carter and Maverick Labrie all tallied.

The Pirates have a home and home set with  Frankford , hosting the Huskies on Thursday Oct. 6 and travelling to the Huskies den on Oct. 8.