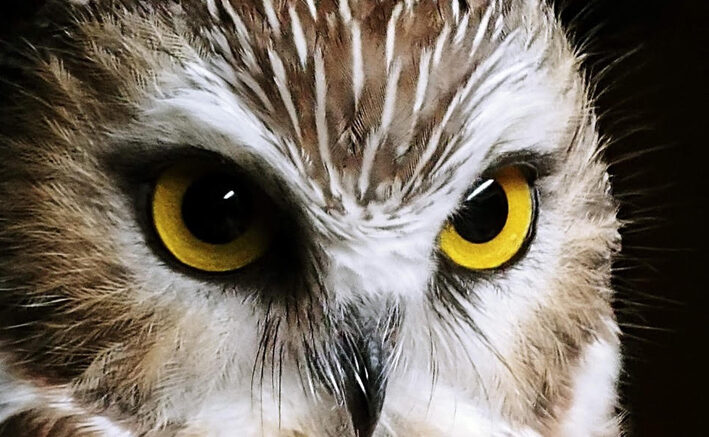 October delivers a double whammy for the banders, volunteers, and birds at The Prince Edward Point Bird Observatory (PEPtBO) in the National Wildlife Area at 6056 Long Point Road.

From mid-August to the end of October, the Observatory’s migration monitoring program operates at full tilt every morning and, as of late September, evenings, as well. (Afternoons are ‘off.’)

From 8 a.m. to noon daily, weather permitting, visitors can come to the Observatory to watch how expert banders handle passerine banding. (Passerines covers a category of birds that perch, including songbirds, such as warblers.)

During September, bander-in-charge Phillip Mercier and assistant bander-in-charge Jessica Daze worked with intern Shanna Challenger from Antigua and Barbuda. As of the end of Sept. 28, the team, including 19 hands-on volunteers, had banded 4,144 birds. Sept. 8 broke the record for the most birds ever banded on a single day’s operation at the station —over 700 birds came through their capable hands.

An Olive-sided Flycatcher was a notable capture during the first six weeks of monitoring. This flycatcher is an uncommon bird at PEPtBO and is a species of ‘special concern’ in Ontario, which means it “may become threatened or endangered due to a combination of biological characteristics and identified threats.”* As of the evening of Sept. 20, the migration monitoring began for owls—specifically Northern Saw-whet Owls (Photo-Keitha Gillespie). This bird is the smallest owl in eastern North America, often weighing less than 100 grams.

Many years PEPtBO bands more of these spirited and beautiful creatures than any other station in Ontario. Our geography explains their migration pattern through the County.

All raptors, including owls, prefer not to cross large bodies of water during migration. Many fly east from Point Petre to Prince Edward Point before crossing Lake Ontario on the islands at its east end. When owls are attracted to fly into PEPtBO’s nets, banders collect data on each one before releasing it to carry on its southward migration.

This October, PEPtBO offered specific dates to its members and to the public to view owl banding on the understanding that some nights may see more owls than others, given how weather and winds can affect migration patterns. By now, all owl evenings are fully subscribed.

“Owl nights and passerine banding open a unique window through which to see the migration monitoring and reporting work we do at the Point. Such demonstrations provide an important source of revenue for PEPtBO, since our organization must raise all the funds needed to run the Observatory,” PEPtBO president Julie White explained. “As a small charity, we can’t exist without the generosity of our supporters – donors, members, and sponsors. We are most grateful to them and to our cadre of devoted volunteers who share our vision — to save the planet, one bird at a time.”