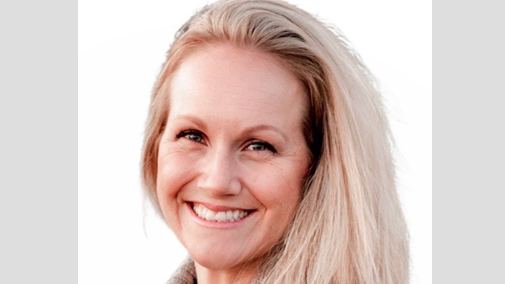 The following is a submission from a trustee candidate in the 2022 election, answering the queries of the Gazette-mainly who the candidate is, why they chose to run and what issues facing Prince Edward County are important to them.

Rachael Prinzen (nee Gregory) is an 11th generation “County Girl.” She attended and graduated from Pinecrest Memorial (now closed) and PECI, where she was known as an active athlete excelling in sports such as soccer, volleyball, rugby and track & field. Upon graduating from PECI in 2005, Rachael was awarded the first Russ Perkins Award; a 4-year scholarship/bursary issued by the Rotary Club of Picton.

Rachael then went on to achieve her Honours Bachelor of Science in Nursing in the Loyalist College / Brock University program. She also played varsity soccer and received a sports scholarship with the Loyalist Lancers. For school engagement, Rachael was elected by her peers to serve on student counsel (elementary), as Athletic Rep (Highschool) and the Class Rep (University)..

Following University, Rachael married her high-school sweetheart, Joseph Prinzen. Together, they have two beautiful daughters, ages 8 and 11, who attend a public school in PEC North.

“My girls are the main motivating factor for putting my name forward as Trustee. I have a vested interest in their education but I also care deeply about the children and families in our community. So I am doing it for them,” she stated.

Professionally, Rachael has been employed with Corrections Canada in various frontline nursing positions since 2010, with the majority of her career involving mental health. She also has experience with updating policies and revising NHQ (National) government documents to be site-specific and more user-friendly for her colleagues and other frontline staff.

Prinzen is now in the process of launching her own independent practice as an “RN, Psychotherapist” and Coach to provide mental health services in Prince Edward County. Rachael and her husband both grew up in families dedicated to serving and volunteering in the community. Rachael has volunteered at the ROC (a youth drop-in center developed by her family in 2000), the DayStar Native Outreach summer camps on the Sagamok reserve for indigenous children/youth, and served as a Youth and Young Adult leader in her church. More recently , Rachael joined the Board of Directors for the Grace Inn Homeless Shelter and Shiloh House in Belleville.

She is also a founding member of a new association called Nurse Psychotherapists of Ontario who lobby for increased accessibility and affordability to mental health services. If elected as school board Trustee, Prinzen pledges to use her nursing experience to assess and identify gaps and barriers through open communication and public consultation, before advocating for those needs with a holistic approach.

“My nursing background has taught me how to advocate for the unique values and needs of others without discrimination. (1)Advocating for others, (2)Critical thinking and (3)Assessment skills are my top three greatest strengths. I think these are necessary skillsets for an effective Trustee.”

In terms of current student issues, Rachael says it was well documented in the research that the mental health of children/youth were disproportionately affected during the COVID lockdown mandates.

“When a student’s mental health suffers, so does every other area of their life; it is all fundamentally linked. Therefore, it is imperative to provide the necessary resources and support for students and their families now. We want our kids and community to be thriving, not just surviving.” Prinzen also addresses the mental health issue by focusing on developing life skills such as resilience, critical thinking, character development and empathy. Her platform further outlines promoting community collaboration and building a culture of honour, excellence, respect, innovation, creativity and unity.