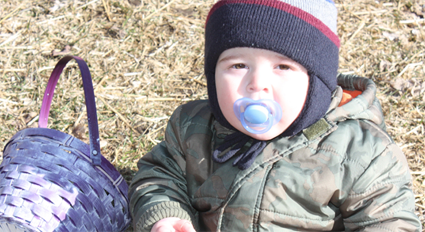 The lack of childcare spaces in Prince Edward County is cause for concern for young parents. (Jason Parks/Gazette File Photo)

Most would agree that childcare is a basic right, yet dozens of families in Prince Edward County are struggling without. For the close to 200 families that cannot access childcare, the effects are deleterious. From the mental health effects to lack of financial stability, parents across the peninsula are suffering. In response, PEC Needs Childcare (PECNC) was formed in September 2022.

The group, comprised of a handful of parents who live and work in the county are seeking solutions to the local childcare crisis. According to their website, the working group formed to find local care for their children in the face of a “frustrating lack of options in Prince Edward County”.

As per the PECNC’s mandate, they are seeking licensed childcare availability that reflects the county’s growing population and allows those living here with small children to work where they live.

The latest Vital Signs report touches on this, and other changes precipitated by the pandemic along with resultant demographic and population shifts.

As per the report, the large number of families that moved to the area during the pandemic put unforeseen stress on the existing daycare, The Hub Child and Family Centre.

“Many families moved to PEC during the pandemic, contributing to a boost of 80 children under 9 years of age. The HUB Child & Family Centre increased registrations by 54 per cent with 155 an the waiting list has grown from 0 to 155,” as per Vital Signs.

Clarifying both the impetus and intentions of the group was Rebecca Dunning who talked about breaking the silence on this issue, capacity constraints at the Hub, and next steps for PECNC.

“I was seeing increasingly desperate pleas for childcare on a local Facebook group for mothers,” explained Dunning. “It’s a known issues but nobody outside that group was talking about it.”

Dunning noted she, and others in PECNC, wondered why such a consequential issue wasn’t being addressed.

One of the first steps of community outreach that the group conducted was a parent and primary caregiver survey. Speaking of the results, she described the devastating impacts insufficient childcare is having on local families.

At the time of the interview, there were 72 respondents to the survey.

“This data will inform solutions going to council,” Dunning informed.

In anticipation of the municipal election, PECNC also submitted a survey for candidates in hopes this would clarify their perspective on the need for childcare.

While the survey is ongoing, they hope to collect data from 100 families before disseminating results with the new council. Of the 33 municipal candidates, 23 responded. Ultimately, noted Dunning, PECNC is hoping the municipality will advocate for childcare at the provincial level.

Being the only licensed childcare centre in the county, the Hub operates out of a daycare in Picton and one in Massassaga-Rednersville. They’re also working to recruit home daycare providers. Unfortunately, the Hub is currently at maximum capacity, and as Dunning pointed out, even their “flex” rooms-those that would previously have held an over abundance of children-are full.

As with other critical issues, the lack of childcare is due, in part, to myriad other issues affecting this community. Ultimately, there is difficulty recruiting Early Childhood Educators. Local factors, such as unaffordable housing, are playing into this issue and consequently making the childcare situation in the county far worse.

Across Ontario, the salary for ECE’s range from $15.50-$27.75. With a median house price being 25 per cent higher than neighbouring regions coupled with a rental market that has gone up 19.5 per cent over the last two years, as per Vital Signs, recruiting ECE’s to the area is challenging.

Nonetheless, PECNC is hopeful that, working together with the mayor and council, they’re able to come up with some creative solutions.

“Every parent should be able to access childcare,” stressed Dunning, cutting to the core of the issue.

For more information about PECNC and to fill out their survey, please visit: https://pecneedschildcare.wixsite.com/pec-needs-child-care