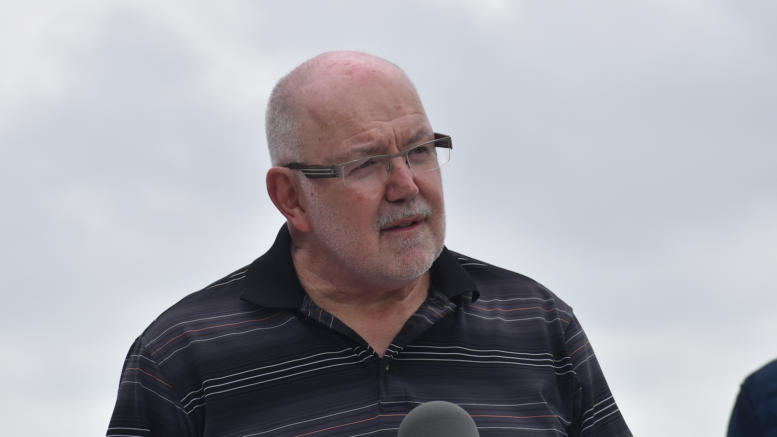 With the Ontario Government’s More Homes Built Faster Act, also known as Bill 23, being swept through Queen’s Park, so too are protests erupting across the province as people and municipalities oppose this bill. Locally, Prince Edward County Council unanimously supported a resolution signals a lack of support from this municipality for several aspects of the bill.

The resolution was put forth by Councillor John Hirsch during the last meeting of council for the 2018-2022 term. The meeting took place on November 8th.

Bill 23 was tabled on October 25th and is currently in its second reading.

As the name suggests, the More Homes Built Faster Act, is ostensibly a road map by which the provincial government will cut the bureaucratic tape surrounding development enabling them to reach their target of 1.5 million homes built over the next 10 years.

While building more homes may be necessary, critics of the bill decry its potential for undermining democracy-particularly by disregarding the need for public comment on certain planning decisions and by allowing the government to override municipal decisions dictating land use (for example, an official plan).

Importantly, under Bill 23, conservation authorities would no longer be consulted regarding development. This means that even development will take place in environmentally sensitive areas and development that poses a risk to the environment could be approved.

In his resolution, Hirsch pointed to the short timeframe allowed for comments on this bill.

The resolution pokes holes in the professed benefits of the bill, for example, the 5 per cent affordable housing provision. Hirsch argues this quotient should be far higher to have an affect.

“The County is not currently able to implement an inclusionary zoning bylaw, which would enable us to insist on and require affordable housing as part of subdivisions of 10 or more units,” said Hirsch. “However, we can request such authority from the minister and surely that will be put forward in the next council, but this legislation-for the first time- puts an upper limit on how many units in a subdivision are required to be affordable…and five per cent is much too few.”

The bill would also have an effect on the Heritage Act. With so many heritage properties “on the register” locally, Hirsch argued this aspect of the bill is also not in the County’s best interests.

“We have a long list of properties on our heritage register. This legislation would require us to make a decision on all of those to either designate or they come off the list entirely,” Hirsch explained.

The South Marysburgh Councillor also spoke to the weakening effect this bill will have on Conservation Authorities across the province.

“There are at least a couple planning applications that might be coming before us soon wherein the applicant would love to be developing within a wetland,” he said. “This provision will let them do that if they can provide an offset, which scientifically has been proven to not be a very effective approach.”

In passing this resolution, council has effectively informed the provincial government that it does not support certain aspects of Bill 23. As well, it directs the Mayor to submit objections in regards to the provisions outlined in the resolution through the formal comment process and also offers support for the local conservation authorities, including Quinte Conservation, in respect of Bill 23.