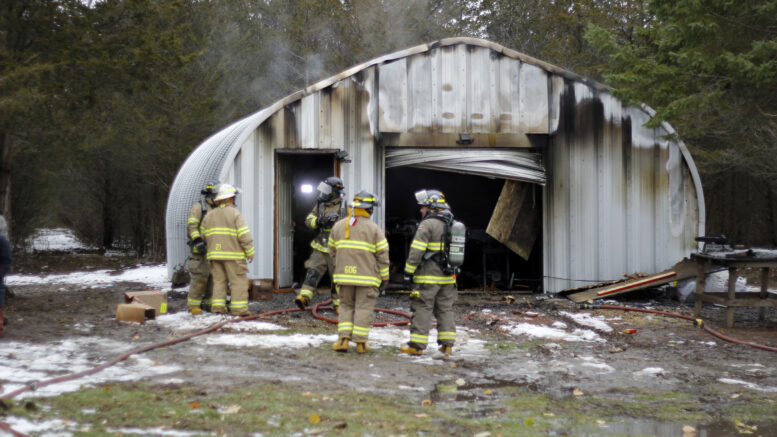 Fire crews from Station 6 and 8 were called to this quonset building fire on Tuesday. ((Desirée Decoste/Gazette staff)

Firefighters from Station 6 in Consecon and Station 8 in Carrying Place were on scene of a garage fire at 20450 Loyalist Parkway near Salem Road on Tuesday.

Kraemer explained the blaze was under control within 30 minutes of arrival and firefighters remained on scene for about two hours to ensure the fire had been fully extinguished.

The place of origin and cause of the fire is still under investigation.

Losses were estimated at $75,000 and there were no injuries.