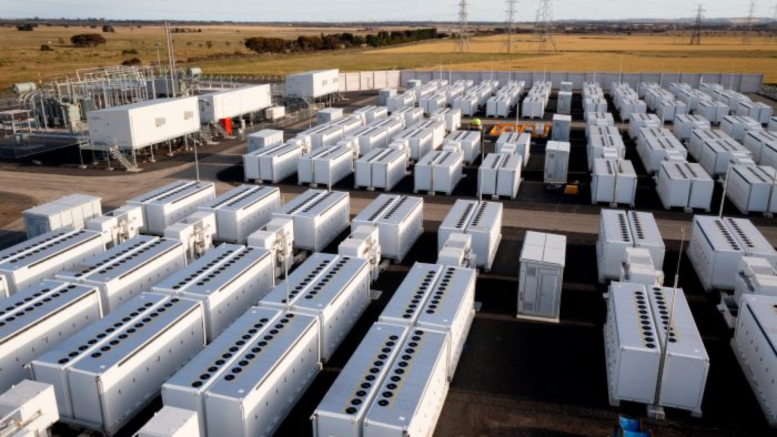 BESS DOWN UNDER-A sprawling BESS facility in Victoria, Australia, is comparable in size to the BESS proposed for County Road 5.

Among the many new developments in this area, several proposed battery energy storage systems appear as unique spectres on the landscape of Prince Edward County. Currently, there are three such projects on the horizon, with an information session for Picton Energy Storage, the BESS facility on County Road 5, to be held on Tuesday, December 6th from 6:00 p.m.- 7:30 p.m. Any interested members of the public are invited to join.

Capstone Infrastructure is the company behind the Picton Energy Storage proposal. Their focus is on generating low-carbon energy sources with a self-described focus on “creative thinking, strong partnerships, and a commitment to quality and integrity” in how they do business.

According to their website (www.pictonenergystorage.com), Picton Energy Storage will consist of a 300 MW stand alone lithium-ion battery storage project. The lithium-ion battery cells will be connected in stacks and installed inside an enclosed area such as a shipping container. The enclosed area will also house the balance-of-plant equipment such as an inverter, a battery management system and a dedicated HVAC unit for proper ventilation. The battery packs feed inverters that connect to a transformer tied to the power grid.

With the announcement of the BESS proposal on County Road 5, and similar announcements for Athol, several residents are quickly bringing themselves up to speed with both the short- and long-term repercussions of living near such a facility.

Shortly after the public information session was announced, many residents voiced concern about both the short- and long-term consequences of a BESS facility for both people and the environment.

Several concerned residents noted the risk of fire, careful to point out that BESS fires are “not the average housefire”. Instead, these fires blanket large swathes of the landscape with toxic gas and require a host of specially trained firemen to put them out. Large-scale battery fires, according to these concerned residents, have occurred in almost every jurisdiction that contains a BESS.

The 300 MW proposed BESS in Sophiasburgh, should it come to pass, would be one of the top five largest such facilities in the world. Notably, this is similar in size to the facility in Victoria, Australia, which experienced a three-day fire in 2021 that required approximately 150 firemen to extinguish.

According to Capstone, the Picton BESS Project will use dedicated HVAC systems to remain well-ventilated to keep the batteries at the optimal operating temperature. They are also offering, as part of the project’s community engagement activities, to sponsor certified fire safety training for fire department personnel at the Prince Edward County Fire and Rescue.

For those interested in more information from the developer on the Picton BESS proposed project please visit: https://pictonenergystorage.com/

For those interested in attending the virtual public information session, please visit: https://teams.microsoft.com/registration/kVAP9FGZrEujTiNzdcPWOQ,4Lg0nkT4iEOO461TVqzB5Q,9aK80fvcBUK9AFq9WfqH7Q,QwDUr-Ij60–krPz8u__XA,OADYX4E_X0WzeKoqGaqetw,eDEdEGjLc02ulaE3BMme8w?mode=read&tenantId=f40f5091-9951-4bac-a34e-237375c3d639