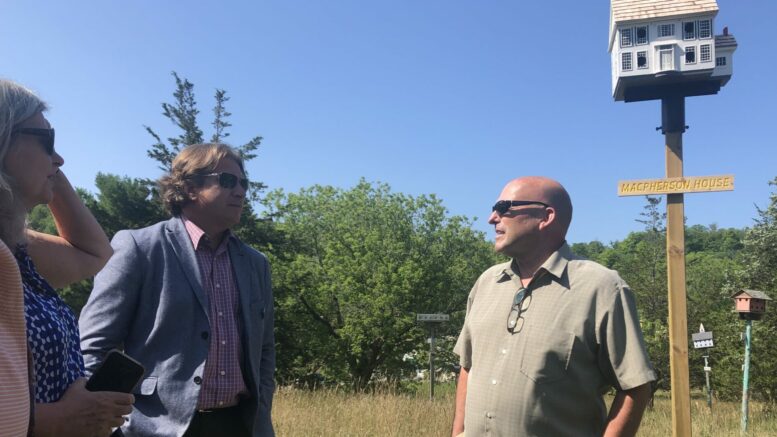 The CAO of Quinte Conservation said the group was “devastated” to learn of Monday’s passage of Bill 23- More Homes Built Faster Act despite public outcry and commenting periods at the Environmental Registry of Ontario still accepting submissions.

The Bill aims to build 1.5 million homes in Ontario over the next decade but in order to so, has made protected lands such as the Green Belt, and important natural heritage features such as wetlands, woodlands, and farmland open for development.

The Bill itself limits the protection measures put in place by Conservation Authorities throughout the province to restrict or limit development on lands that are unsafe to sustain buildings and infrastructure.

Brad McNevin said in a news release issued Tuesday that without the specialized guidance from Conservation Authorities, Municipalities will be pressured to allow development in areas which have the potential to put their residents at risk from flooding. Municipalities will also be required to supply watermains and other amenities to these new developments which could raise municipal taxes for residents.

“To be blunt, we were devastated to hear that the Ford Government went ahead with this Bill, and I strongly hope that the Province will include Conservation Authorities and municipal leaders in the discussion process,” McNevin said.

Taking control of the Ontario Legislature in 2018, the Ford government commenced making significant changes to the Conservation Authorities Act which included drastically reducing funding, forcing municipal agreements, and limiting their responsibilities to the core mandate of protecting people and property through flood mitigation and natural hazard protection.

The Conservation authority says Bill 23 directly undermines the core mandate by allowing development on lands which have been identified as significant protected areas because of the risk they pose to the safety of communities. In addition, after success in establishing memorandums of understanding, the provincial government is now preventing Ontario’s Conservation Authorities from partnering with Municipalities for the delivery of programs and services that benefit watershed residents.

“The Quinte Watershed contains many wetlands, of which one hundred are Provincially Significant, and they all play a vital role in storing atmospheric carbon and support groundwater recharge which helps to mitigate the impacts of climate change. Bill 23 has reduced that Provincially Significant Wetland number to one. That means wetlands, which also contribute to offsetting water and reducing flooding, improving overall ground and surface water quality, and providing a home to Ontario’s important species (many of which are at risk) could now be targeted for development. As an environmental scientist and someone who has spent my entire career working to make sure these areas are looked after, it is disheartening to know the Ford Conservative Government is making these decisions without consultation from experts.”

McNevin said Conservation Authorities and municipal partners want to help the government meet its housing goal in a sustainable and responsible way – but not at the cost of seriously damaging the environment which would contribute to issues with water quality, public safety, increased taxes, and a higher demand for new infrastructure and maintenance.

“We are certainly very thankful to our Municipal Council Members for their support. Not only have they expressed concerns at their council meetings, but they have also supported a letter outlining concerns, as well, Quinte Conservation Board Members have been actively participating in discussions surrounding this Bill.”

To avoid unintended consequences, Quinte Conservation recommends the Bill be rescinded. Concerned members of the public can have their voices heard by contacting their local MPP’s office, engaging in discussions online, and adding signatures to the various petitions that are available.