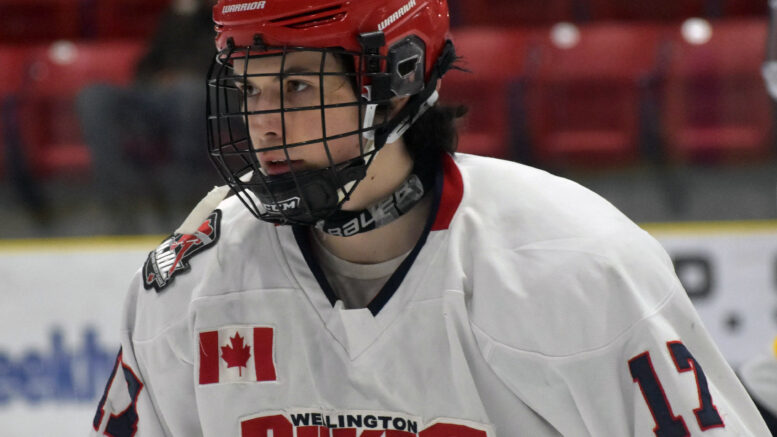 The Team Canada East contingent representing this part of the country in the upcoming 2022 World Jr. A Challenge in Cornwall starting Sunday, Dec. 11 already has a distinct Wellington Dukes influence and could feature a couple of local skaters should goaltender Ethan Morrow and forward Matheson Mason impress Hockey Canada evaluators this week.

Wellington Dukes coach Derek Smith has been named to the coaching staff of the TCE squad that will face off against the likes of Latvia, Sweden, the United States and Team Canada West at the showcase event slated for Dec. 11-18. Smith will be joined on the TCE bench by Wellington Dukes trainer Leah Toffelmire who makes her first foray into international hockey competition.

The 2022 World Junior A Challenge represents a partnership between Hockey Canada, the Canadian Junior Hockey League (CJHL), Hockey Eastern Ontario, NHL Central Scouting and the local organizing committee. The five-team format includes Team Canada East, Team Canada West, Latvia, Sweden and the United States. The Latvian entry will be its national junior team, as part of its preparations for the 2023 IIHF World Junior Championship in Halifax, N.S., and Moncton, N.B.

After a three year COVID hiatus the tournament, which has featured a healthy Dukes connection since its inception back in 2006, is set to return and Smith said it was great honour to be recognized by Hockey Canada.

“It’s a great honour to have the opportunity to be part of the Team Canada east staff,” Smith told the Gazette.  “I’m looking forward to the opportunity to work with such great people and great players.  Hopefully we can bring the gold back to the East.”

Morrow is one of four goalies looking to impress TCE brass at the selection camp while Mason will be battling 16 other forward for one of the 12 starting positions.

Morrow has been one of the best net minders in Ontario Junior Hockey League play over the last month. The Kingstonian hasn’t suffered a regulation loss since the first day of October and has three shutouts in that span of 11 games. “Morrow has been great for us this season,” Smith said. “He prepares like a pro and it shows every day in practice or games.”

In addition to Morrow’s strong play over the last dozen or so games, the addition of Mason from the Aurora Tigers a month ago has but Wellington into the conversation of who is the top team in the Conference.

“Mason has been a welcome addition to our lineup. He plays the game hard and with pace,” said Smith. It is a great accomplishment for both of them to be recognized and have the opportunity to compete for spot on Team Canada East.”

Meanwhile Toffelmire, a key ingredient to Wellington’s success in her ability to keep Dukes skaters healthy and on the ice competing, is looking forward to this opportunity.

“I’m excited and incredibly grateful for the opportunity to work at the international level doing what I love. I look forward to bringing new experiences and learning back to the Dukes,” she said.