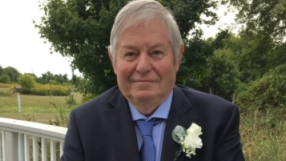 After a valiant five year battle with cancer, a man who represented this community at several levels and in various political arenas has died.

Gary Fox was the MPP for Prince Edward-Lennox-South Hastings from 1995 to 1999, serving as a backbencher in Premier Mike Harris’ government. Prior to winning election to the 36th Ontario Legislature, Fox served his community as a councillor and reeve representing the people of Sophiasburgh township in the late 1980’s and 90’s. In addition to municipal and provincial politics, Fox served  on the Ontario Sheep Farmer’s Board of Directors and was a strong and vocal advocate for agriculture and rural life in Prince Edward County.

Both County of Prince Edward Mayor Steve Ferguson and Bay of Quinte MPP Todd Smith offered their condolences in statements issued hours after Fox succumbed to cancer on Thursday, just over two weeks shy of his 79th birthday. Ferguson said he was deeply saddened when learning of Fox’s passing. “Gary was a highly regarded member of our local community,” The mayor said. “As an elected representative in the former Sophiasburgh Township and later as MPP, Gary served his constituents with grace and dignity. His life as a farmer grounded him in everything he did and gave him a keen understanding of the issues facing Prince Edward County. He will be missed dearly by so many people.

On behalf of County Council, I want to extend my sincerest condolences to the family and friends of Gary.”

Ferguson asked  flags at all municipal buildings be lowered to “mark the passing of this remarkable man.”

In both good and declining health, Fox could be counted on to be in attendance at local Conservative functions, campaign office openings, etc. and the former MPP would often hold court with the current one. Quick quips and recollections of political war stories seemed to always bee hanging in the air when Fox and Smith were wagging tongues with one another.

It was at a catered function where Fox’s waistband was noted and the former MPP shot back that he didn’t feel too bad about the extra heft given that it “takes trees 400 years to grow this big around” and that he had accomplished the feat in a fraction of the time.

MPP Smith said Fox “was a strong voice for the people of Prince Edward County and agriculture in Ontario” and recalled during his time at Queen’s Park, the Sophiasburgh sheep farmer served as chair of the PC Rural Caucus Advisory Committee.

“He loved his wife of 57 years, Lynn, their family, their farm, and their community.  I will miss his candour, enthusiasm, and dedication to public service,” Smith said. “My condolences to the Fox family and Gary’s many friends on his passing.  My team is devastated by this news.  Gary’s granddaughter Olivia worked at my Bay of Quinte constituency office and is now working at the Ministry of Energy.”

Below is a copy of his death notice-

passed away at the Fox Farm,

just shy of his 79th birthday,

with his family by his side:

children Ian and Christina, Lori and Manson (Slik) and Kyle and Tanya.

Gary was the son of the late John and Mary Fox.

Gary was a determined man with conviction. He could be a hard old County farmer on days, but most that knew him and loved him knew him as someone that just loved to visit and listen. Outside of his farming and family life, Gary was proudly and passionately a Prince Edward County Councilor, Reeve of Sophiasburgh Township,
and a Minister of Provincial Parliament (1995-1999.)

Gary had 5 years of quality life after the diagnosis of cancer and was very appreciative of the many doctors and nurses that contributed to this. A very special thanks to his Palliative Care Nurse Practitioner, Brad Gunn who walked the 5 years
by his side guiding him along the way.

Friends may visit with the family on Tuesday, December 13th from 1-4 p.m.

Funeral Service will be held on Wednesday, December 14th at 11:00 a.m.
at the Wellington District Community Centre, 111 Belleville Street, Wellington

Online condolences may be shared at www.ainsworthfuneralhome.com