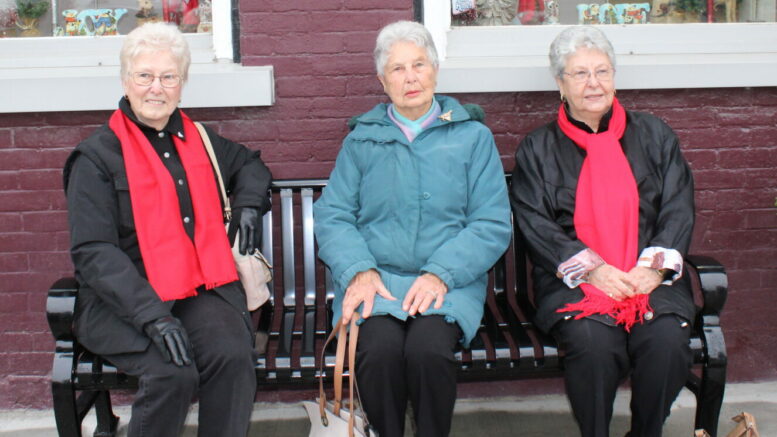 The streets of Picton may never be as clean as when Owen Jones walked them tirelessly, picking up litter, sweeping and shovelling. A year after his death, and through the generous donation from his family, the Picton BIA and County are pleased to announce the placement of the Owen Jones Memorial bench on Picton’s Main Street.

The bench resides at 178 Main Street, in front of Williamson’s Insurance.

The bench will be a permanent installation, placed year-round to honour the memory of Owen, who worked endlessly to keep the town tidy throughout all four seasons before his passing.

“Picton misses Owen”, stated BIA Manager Mark Rose. “Not a week goes by where his name doesn’t come up in conversation between merchants, shoppers, or residents. The things he did for this town have not and will not be forgotten.”

Jones lived in Picton, but kept a very low profile, turning away offers of assistance and gestures of gratitude. His mission seemed simple: he did what he could to keep Picton as clean and tidy as possible, even if that meant getting into the grimier details, like drains and curbside dirt buildup removal.

“Owen Jones took pride in where he lived. He worked tirelessly to ensure that Picton looked good. The annual clean-up in his name, and now this memorial bench on Main Street, are fitting tributes to a man who consistently gave back to his community,” said Mayor Steve Ferguson.