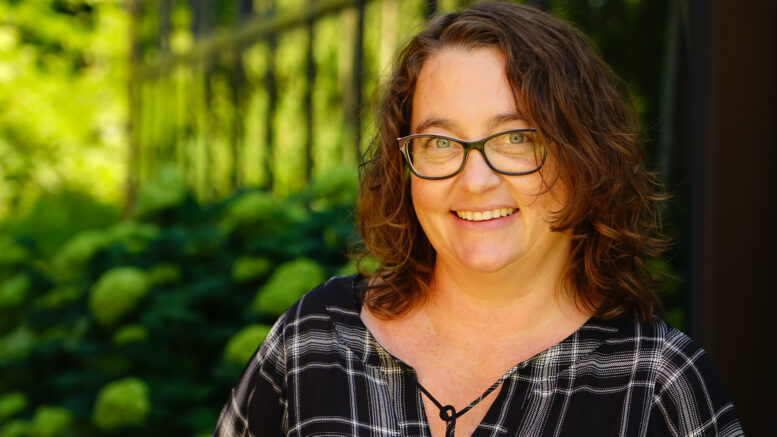 During the December 14 Regular Council Meeting, Prince Edward County Council received CAO Marcia Wallace’s third quarter report (Q3). The report is intended to provide Council with information on key activities and challenges faced by the municipality in the third quarter of the year, from July 1 to September 30, 2022.

As a preface, the CAO explains that quarterly reports are not reflective of a comprehensive and exhaustive review of all the work done by municipal staff. They are intended to offer context on the implementation of council decisions, particularly budget decisions, and provide a look ahead to the next quarter.

Unlike some other quarterly reports, this one tracks the time wherein council’s decision making was limited due to the municipal election.

“Given the municipal election that took place on October 24, 2022, this report is coming in December and serves both as a quarterly report and a summary of what administrative decisions were taken under the delegated authority provided to the CAO under Bylaw 39-2022 during the pre- and post-election period when Council decision-making was limited,” wrote Wallace.

Wallace notes that the third quarterly report of 2022 shows evidence of financial stability, with major procurements having largely been completed.

“From a financial perspective, the Q3 report illustrates that the municipality is in a stable financial position coming into the end of 2022. Major procurements have largely been completed, although often with adjustments to address higher than expected bids, with few carryovers to be discussed in the 2023 budget,” she notes. “Shortage of goods and/or time delays continue to impact supply chains and will need be considered in the next year’s procurement planning. Revenue from event bookings was once again stronger than in previous years, as interest and opportunity for public gatherings has increased. As of September 30, 2022, the municipality had spent 77 per cent of its overall budget.”

The fourth quarter will see staff finishing projects from the 2022 budget and preparing for the new term of council.

In her report, one of the key items the CAO details in the municipality’s work in tourism management. Several key tourism management projects were completed in Q3. These include: the Millennium Trail launch point at County Road 49 and the purchase of two outdoor rinks.

“In addition to the maintenance of parks, boat launches and other public spaces, 43 public washrooms were maintained over the summer. Staff began to close most of the seasonal washrooms, winterize the irrigation systems and washrooms at the ball diamonds and pulled out garbage cans and docks as part of decommissioning the boat launch as the third quarter ended. The Tourism Management Plan for 2023 is expected to come before Council for consideration in March 2023,” noted Wallace. “The Short-Term Accommodation (STA) Bylaw program review was finally competed, with substantive revisions approved by Council in the third quarter. In parallel with the discussions at Council, staff moved forward with preparations on communications to STA owners and updated materials and processes to support the licensing and enforcement of the revised STA program”

Wallace updated council on the construction at Shire Hall, with an expected return date of January 2023. As well, she detailed several administrative errors dating back to the 1930s that were corrected in Q3.

“In cooperation with the Prince Edward Yacht Club, staff worked to address a historic issue of an administrative error dating back to 1930s, which put the ownership of the Queen Elizabeth (Hill Street) Park back into the control of the municipality. A similarly historic issue of ownership was being resolved this quarter, addressing the property boundary of the Consecon Park,” she wrote.

There was also considerable grant money leftover from the Federation of Canadian Municipalities to prepare a procurement for building condition assessments, stated Wallace.

“The municipality reprofiled $50,000 of left-over asset management plan grant dollars from the Federation of Canadian Municipalities to prepare a procurement for building condition assessments,” Wallace wrote. “This work will continue in 2023 and support the integration of municipal buildings and properties as an asset class into the Asset Management Plan in subsequent years.”

Work on County Museums was also prominent in the third quarter, with interior work completed at the Wellington Heritage Museum.

“Steady progress continues to be made related to the two on-going projects to be financed through Canadian Mortgage and Housing Corporate (CMHC) CoInvestment Funds. While supply chain issues continue to increase construction costs by as much as 45%, the completion of the projects has remained on track,” stated Wallace. “Continual revisions to planned costing models for both projects have been undertaken in response to the changing market conditions. In addition, alternative funding models are being investigated to provide more favourable debt financing of the municipal share thereby reducing the total debt servicing cost and increasing the grant portion of funds secured for completion of the projects.”

“Discussions with Prince Edward Lennox and Addington Social Services (PELASS) indicate that a potential partnership to include affordable housing, childcare and institutional uses on the site may be possible,” wrote Wallace. “Next staff are arranging for the completion of a real estate appraisal to determine the current market value of the site, and should the municipality be successful in the Expression of Interest phase, this will help inform Council’s offer to purchase the site.”

Also in Q3, in order to incentivize affordable housing developments, Council endorsed a staff recommendation to create a Municipal Capital Facilities Bylaw to waive property taxes for new affordable housing construction from the private and not-for-profit sectors for up to 20 years in the future conditional on the constructed units being maintained as affordable housing for the same period of time.

“This does not impact the levy and applies to lands which currently generate very little tax income due to their vacant land classification or with unusable building(s). Since the introduction of the new by-law, the Prince Edward County Affordable Housing Corporation (PECAHC) has developed a partnership in principle with a private developer interested in building 330 affordable multi-residential units between two sites,” explained Wallace. “As these projects become more defined, they will move through the public planning process for rezoning and a Municipal Capital Facilities Agreement will come before Council.”

This is the last quarterly report before the 2023 budget deliberations. The CAO’s first quarter report for 2023 will come before council next spring.