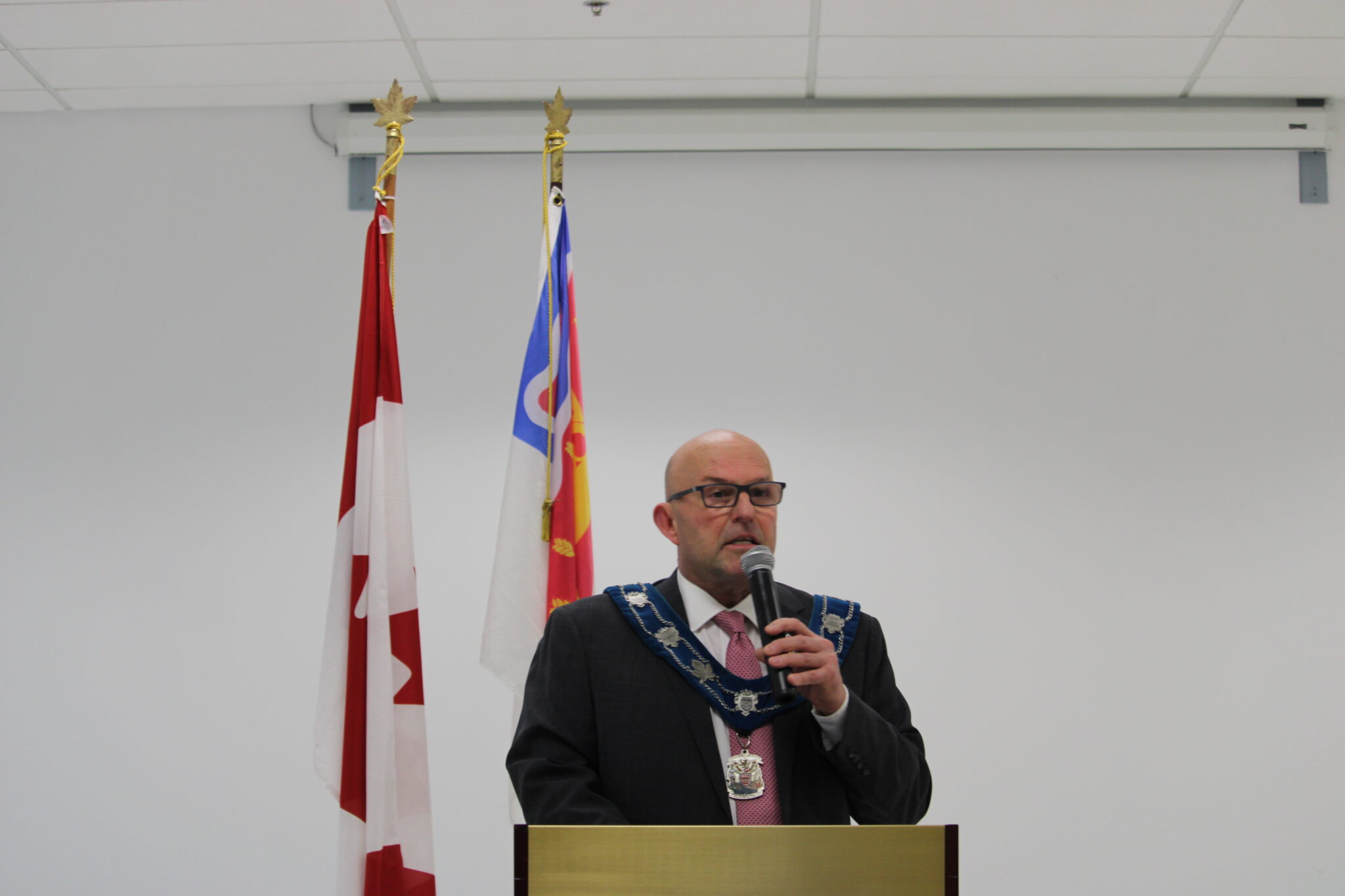 Prince Edward County is a unique municipality that has, recently, faced unique challenges.

From the recent winter storm to issues with affordable housing, Mayor Steve Ferguson detailed some of the top issues for the County during his New Year’s Levee speech on Sunday, January 8 at the Prince Edward Community Centre in Picton.

“We have an extraordinary municipality unlike any other and I’m excited, motived, proud and honoured to be your mayor. I am sure the same is true of all embers of council as well,” Ferguson expressed.

While stressing the importance of public engagement to help solve numerous issues, Ferguson also gave praise to the county staff who steered municipal operations through the uncharted territory of the pandemic.

“The previous four-year term was rewarding in a lot of ways but interrupted by the unexpected challenges of flooding and the lingering pandemic,” noted Ferguson. “A great deal of credit must go to our municipal staff who adjusted to changing responsibilities and working conditions and performed magnificently in the face of unprecedented circumstances. It is these municipal employees, led by CAO Marcia Wallace and all members of staff that report to them, that deserve our thanks for maintaining municipal operations during what has been extraordinary times.”

Pointing to the newly appointed council, Ferguson expressed hope for their ability to work cohesively to tackle the issues affecting the County.

“There is great potential within this council to make a real difference in our community as we work together as a team,” said Ferguson. “We won’t always agree but by keeping an open mind and striving to build consensus, I’m confident we can maintain momentums and accomplish our goals over the next four years.”

Among other regional politicians in attendance were Belleville Mayor Neil Ellis and Jim Alyea, Deputy Mayor of Quinte West.

“I’m appreciative of the strong working relationships and partnerships we’ve formed with neighbouring municipalities and upper levels of government, and I look forward to continuing on this path the next four years,” stated Ferguson.

“Council has already completed a rigorous orientation program involving presentations by leaders of all municipal departments and a general introduction to municipal policies, procedures, bylaws, and provincial/federal legislation,” Ferguson said. “There will be additional presentations in the coming weeks and early this year we will identify and communicate our priorities and criteria for measuring success of the four-year term.”

Ferguson itemized the many initiatives the new council will undertake, acknowledging that doing so will also require financial prudence.

“Many initiatives, such as the new hospital build, physician recruitment, affordable and attainable housing, internet and transportation expansion, improvement of educational opportunities and attracting external sources of funding are all well underway and will continue,” Ferguson stressed. “Further deliberations will include tourism management, childcare, our aging infrastructure, water management and environmental stewardship of our community. We know we need to do all this in a financially prudent manner.”

He added this will not be an easy task given the growing financial responsibilities being offloaded to municipalities across the province. Meanwhile, the cost of living is becoming an ever-present burden.

“Rising inflation and interest rates will continue to strain many in our community over the next several years,” said Ferguson. “We owe it to everyone to ensure hard earned tax dollars are invested wisely in the areas that matter most-something that will be top of mind when delivering the capital operating budgets in February.”

Just as uncertain financial times will factor into decisions made by council, so too will the effects of climate change.

Referring to the recent blizzard that resulted in a state of emergency that lasted several days, Ferguson argued such unpredictable events must be anticipated.

“Recently, the blizzard of 2023 tested the skills of our operations department. We were the most affected municipality in Southern Ontario, and we owe a debt of gratitude to the Manager of Infrastructure, Jeff Bryans, as well as to all the roadcrew personal who did such an extraordinary job over their Christmas break,” said Ferguson. “Such unanticipated circumstances are going to arise again, whether it’s a result of climate change or something else. We must plan ahead and be prepared to adapt accordingly.”

Ferguson noted there were many concerns and ideas expressed by residents on the campaign trail. He commented that now is the time for the municipality to continue these conversations, especially given projected growth over the next several years.

“In my mind, the best way to protect that which we hold dear about Prince Edward County is to plan for that future. I believe right now is the ideal time to continue those discussion in a broader and deeper way. As we face unprecedented growth in the next three to five years its critical to have this conversation now with the public,” he added.

“We have already taken an analysis of municipal strengths, areas that require improvement, anticipated challenges, as well as emerging opportunities,” explained Ferguson. “That research has informed what we call five conversations. These include: fostering meaningful public engagement and effective local government, ensuring a thriving, inclusive economy in a historic setting, aligning priority infrastructure renewal with responsible fiscal policy, balancing tourism and housing affordability, and thinking global but acting local with regard to climate change.”

Ferguson noted these conversations with the public will evolve over the next few months and that, ultimately, they will help lay the foundation for a community plan.

“As a community, we need to come together and figure out solutions that work best for the County. We need to do this in ways that are transparent and ensure residents have meaningful ways to share feedback. I urge you to please check the municipal website for ways to participate in these conversations, town halls or surveys,” he stated.

Ferguson also stated he hopes the County can build its reputation as a community “where things can get done efficiently and well” while stressing council is well poised to begin 2023 as a stable, strategic organization.

Ferguson also noted his desire to create an environment wherein dreams can be realized.

“We mustn’t be here to tell people what they can’t do. The focus must be on finding creative ways to help people achieve their dreams,” he said. “We can’t and we won’t do this alone. Please ask yourself, how can I make this community a better place to live, work and play? The application window is now open to enable you to apply to serve on a variety of committees.”