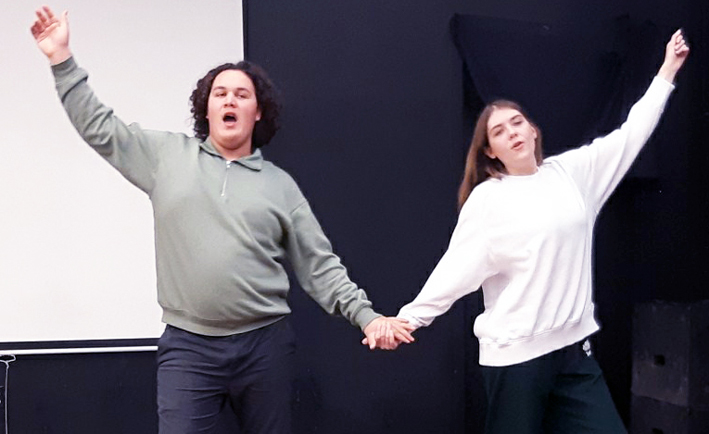 This year PECI students are getting the chance to show off their talents in the production of High School Musical.

This production is being directed by Matthew Sheahan who has directed 13 major productions at PECI as well as several other smaller projects.

Sheahan’s choice for PECI’s production this year was not entirely his own as several PECI students voiced their wishes for the stage adaptation of the popular High School Musical film which is considered by some to be a modern take on Romeo and Juliet. Sheahan made a statement about the goal of this production, PECI’s first major performance in five years.

“One of the overarching goals of this production is to have fun and have a hugely positive experience on the stage at PECI. We haven’t had a play on that stage since 2017, so this one is all about building those positive experiences in the space,” he said.

Cranshaw spoke about how well the cast is this year and about how everyone is working hard to make this production a reality.

“Students involved will remember this experience for the rest of their lives and that there are no small roles. I can recommend this experience to anybody,” Cranshaw stated.

In addition to on performing roles, there are also several students working on this production and have taken up roles such as assistant director and stage manager. The students this year have their work cut out for them as musicals are treated completely differently from a dramatic production. With the extra component of music, there is suddenly a different set of skills needed to set up, perform, and manage the show.

One of the challenges of this production is taking the knowledge the students have of the movie and turning it into the stage play, which is different in some places compared to the film. The show is expected to run from April 25th to the 29th this year and will be performed at PECI.