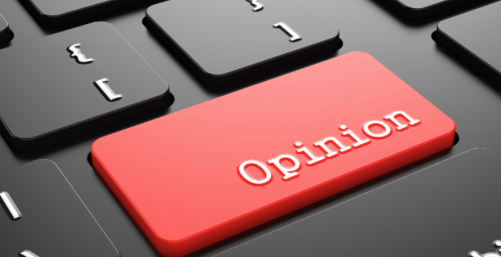 Lehigh Cement has applied to add Alternative Low Carbon Fuels (ALCFs) to the fuels it uses to make cement. The application is open to public comments on the Environmental Registry of Ontario (ERO) until Feb 6, 2023 at https://ero.ontario.ca/notice/019-6462 Most Prince Edward County residents are not aware of the added pollution this action will bring to our air.

Prince Edward County Field Naturalists are submitting our concerns to the ERO and think that the public should be informed. Lehigh Cement is intending to bring in new materials called alternative low-carbon fuels (ALCF) to supplement the regular fuel mix of coal, natural gas and petroleum coke. They would include biomass, wood from construction and demolition and non-recyclable paper and plastics.

Why are these materials not recyclable? They would come from all over southern Ontario and also two Great Lakes states, industrial Michigan and New York. Invariably certain materials will be brought that cannot be burnt and will need to be recycled here. Burning these materials would cause emissions of dioxins, furans, crystalline silica, iron, nitrogen oxides, hydrogen chloride, benzene, nickel, cobalt and particulate matter. Lehigh did not identify these emissions at the public meetings in the County.

Why is burning these materials, knowing that these emissions will result, considered a solution to dealing with their presence? Who approves of the burning of materials with such emissions expected?

Lehigh Cement says: “Within Lehigh’s own experience, we have studied this in other facilities. The cement process burns at very high temperatures and we have complete combustion which reduces the likelihood of furan and dioxin production.”

It would be nice if things were so simple but the study at the Cementa plant noted above actually concluded that high temperatures during combustion may have precisely the opposite effect on dioxin production. According to the Cementa plant study: the formation of dioxins were tested “in cement kilns at two different temperatures 255°C and 400°C. The dioxins were maximum at higher temperature and minimum at lower temperature suggesting that the temperature of the APCD (air pollution control devices) should be minimum in order to decrease the formation of dioxins.”

As reported by Quinte News on November 22, 2022, Lehigh Cement is now facing five charges under the Occupational Health and Safety Act. It’s inappropriate for the Ministry of the Environment, Conservation and Parks to be considering approval of Lehigh Cement’s ALCF application while these charges are before the court, and while the Ministry of Labour, Training and Skills Development appears to still be conducting an investigation.

In our view, Lehigh Cement has not been fully transparent with the public, as seen in its failure to disclose the provision in O. Reg. 79/15 for a pilot (demonstration) project. Lehigh deliberately led people to believe it was pursuing the standard process in place to burn ALCFs at its plant as set out in O. Reg. 79/15 and was following the normal process that all cement companies in Ontario were required to follow. All the while Lehigh was purporting to be complying with the requirements of O. Reg. 79/15 it was hiding the provision in the legislation that allowed them to test the ALCFs they’d be using first. The concern is not just the way the public was misled, it’s also that the government appears to be prepared to be part of this deception in posting an approval that would permit Lehigh Cement to do exactly what it’s been so determined to do all along, which is to skip the pilot project and start using ALCFs on a permanent basis.

It’s disturbing the government would be considering approval of the use of ALCFs at the plant when no monitoring plan has been submitted by the company. We would like to know if any cement plant anywhere in the U.S. or Europe that has sought approval to use ALCFs as fuel has done so without providing a monitoring plan. We would urge anyone who is considering submitting a comment to read the Environmental Defence submission on O. Reg. 79/15. It’s only four pages long and well worth the read. https://environmentaldefence.ca/report/on-alternative-low-carbon-fuels/

In the introduction, Environmental Defence makes clear : “While we support the phasing out of coal use in Ontario, we believe the Alternative Fuels regulation does not provide enough controls regarding toxic emissions or public oversight to ensure that we are not replacing one problematic fuel with others.”

Environment Defence goes on to observe that: “Even under the current regulation, it is virtually impossible for communities living in the vicinity of a facility burning alternative fuels to find out, in real time, what is being emitted into the local airshed from the stacks. Because alternative fuels are waste products, the exact mix and composition of the fuel varies and therefore emissions vary accordingly. “ Strict requirements for pollution control and public reporting at cement plants should be implemented to provide the public with information on exposures and to ensure these facilities are limiting emissions of toxic substances to the greatest extent possible. For the reasons above we oppose the approval of Lehigh Cement’s application as presented.