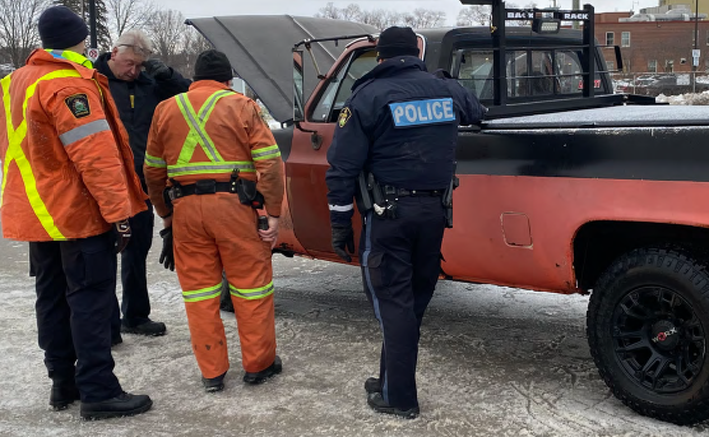 Members of The Prince Edward County Detachment of the Ontario Provincial Police (OPP) teamed up with investigators from the Ministry of Transportation Ontario (MTO) last week to conduct joint vehicle inspections.

In total, eight vehicles were scheduled for inspection and three more were stopped and directed to the inspection location. As a result, officers observed a number of serious safety concerns including rusted frames, non functioning seat belts, missing/modified mufflers and braking systems that were not operating, among other things.

One driver was charged with driving while under suspension and others were charged with operating unsafe vehicles. Four drivers did not show for inspection and run the risk of being charged accordingly and having their licence plates removed by the MTO.

“Highway safety is a team sport and vehicle safety is of paramount importance,” said PC and Community Services Officer Aaron Miller. The OPP and MTO will continue these inspections throughout 2023.